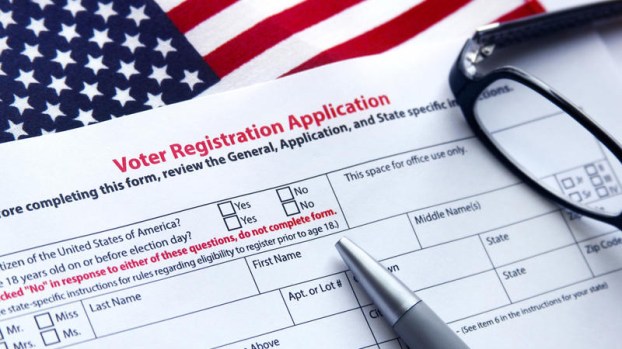 The bill passed 36-16, with all the support coming from Republicans and all the opposition from Democrats.

The bill says local election commissioners would send a postcard to registered voters who do not cast a ballot in any local, state or federal election during a two-year period that includes two federal elections — a presidential election and a midterm congressional election.

If voters fail to confirm their address within four years of receiving the postcard, or if they fail to vote during that time, the county would remove their name from the rolls.

Voters’ names could not be removed within 90 days of an election, and the county would have to maintain records for at least two years showing a purged name.

Senate Election Committee Chairman Jeff Tate, a Republican from Meridian, said removing a name under this proposal would take six to eight years.

Under current Mississippi law, county election commissioners may remove a name if a voter has died, moved away, been judged mentally incompetent or been convicted of a disenfranchising crime.

“The rationale is to clean our voter rolls, to make sure that we maintain good voter rolls,” Tate said during the Senate debate.

Democrats opposing the bill said it would hurt people who choose not to vote for whatever reason — maybe they just don’t like the candidates running for many years — but suddenly are motivated to vote because they find a candidate who appeals to them.

“For tens of thousands of people in Mississippi, eligible voters who haven’t done a thing in the world except choose not to vote in every single election and didn’t get a postcard, or whatever the thing is, they are going to be denied their right to vote by the tens of thousands, and you know it,” said Democratic Sen. Hob Bryan of Amory. “You know for certain that will happen.”

Critics also say the proposals would endanger constitutional rights in a state where some older Black residents still remember facing violence or economic repercussions for registering to vote decades ago.

Democratic Sen. David Jordan of Greenwood, who is Black and 87 years old, said of the bill: “This is something aimed at us — people of color.”

Mississippi has about 1.9 million registered voters, and about 1.3 million voted in November.

A similar proposal is awaiting consideration in the House.

Republican Lt. Gov. Delbert Hosemann has said he supports the bills, which are based on an Ohio law that was upheld by the U.S. Supreme Court in a 5-4 ruling in 2018.

In a news release Tuesday, the minority leader of the Ohio House, Democratic Rep. Emilia Sykes of Akron, urged Mississippi legislators to reject the “use it or lose it” model of purging voting rolls.

“Ohio activists and lawmakers have fought this voter purge battle for years. It has disenfranchised and removed millions of still-eligible Ohio voters from participating in our democracy,” Sykes said. “I hope the Mississippi legislature does not follow this path of voter destruction.”

Area schools are preparing for kindergarten and encourage parents to sign up their children during their school’s registration event. Kindergarten... read more