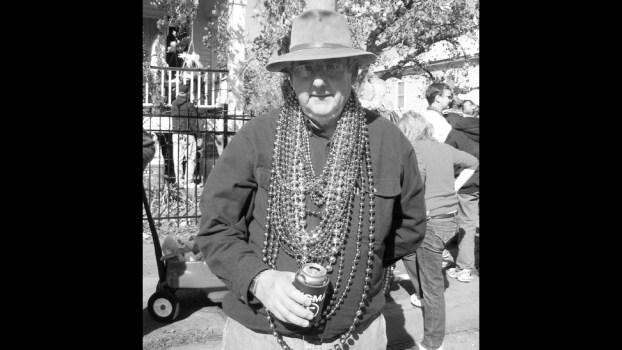 Phillip Stephen Myers of Brookhaven, MS, passed away peacefully on February 9th 2021 of complications from Covid-19. He was preceded in death by his mother, Martha Pendergrass Myers and his father, Phillip Jacob Myers. He is survived by his wife, Nancy Hanks Myers, his daughter, Stephanie Leanne Myers-Boone, his sister, Martha Phillis Myers-Thompson as well as many nieces, nephews and extended family, and his chihuahua pack: Bella, Chico and Brown Chico.

Steve recently retired after almost 60 years working in the waterworks industry in the Southeastern U.S. Many considered him to be “The King” of the business because there wasn’t a pipe, valve, fitting, manhole ring or storm drain that he didn’t know the specifications of or a serial number he didn’t have memorized. He enjoyed taking his customers deep sea fishing in the Gulf of Mexico and hunting in Hill Country, Texas.

Steve met Nancy when he pulled the blue GTO he had named “Bernadette” up alongside her while she was walking down the street in Brookhaven, MS. He asked where he could smoke a cigarette without the Whitworth College faculty seeing. She felt sorry for him and accompanied him to a local park. Over the years, they left Mississippi, lived all over the South, but eventually returned to Brookhaven where they first met.

He was happiest when he was fixing something whether it be a classic automobile, furniture or a lawnmower he found in a junk pile somewhere. He was a handyman of the highest order. Everyone who knew him was aware there was a right way, a wrong way and the Myers way, which was the best way. He enjoyed wearing his signature guayabera shirts while repairing things because there were four pockets: one for the small notebook and pen he carried everywhere and the rest for tools and maybe an extra beer.

He owned many classic cars over the years including a Maserati and a Jaguar. His favorite was a red 1972 Datsun 240z he named “Gertrude” who he meticulously restored to greatness and eventually allowed his daughter to drive even though he thought she always shifted it into second gear too soon.

Steve had an affinity for chihuahuas, especially the ugly ones no one else wanted and even owned multiple three-legged dogs. He was a lover of Bud Light, Heinz ketchup and dark chocolates. He still played 8-tracks and vinyl on vintage stereo equipment. He was a Doors fan of the highest order. He also believed Mississippi State Edam cheese was an appropriate Christmas gift for all. Sometimes on a Saturday night after a cookout, he would go outside and bray like an ogre at the moon.

A celebration of his life will be held later this spring at his little cabin in Felixville when Covid-19 wanes and the weather brightens. There will be barbeque, Bud Light, margaritas and optional moon braying. In the meantime, start a home improvement project in his honor, but remember it will take three times as long, cost twice as much, and at least three trips to Home Depot will be involved. In lieu of flowers, please feel free to send a donation to The Tunnel to Towers Foundation or at least be bothered to change the lightbulbs in the house whenever they burn out.