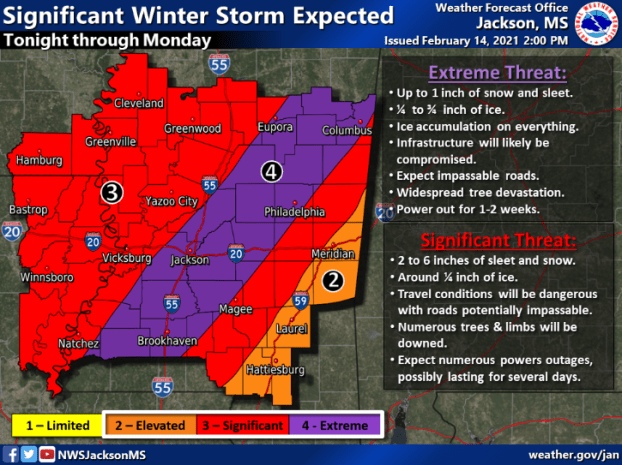 Storm looks to be worse than expected

A winter storm has become more than predicted as roads ice over in Brookhaven.

Galey said the conditions have not only come earlier than expected but have also proven to be worse than originally thought.

“It’s going to continue to get worse,” Galey said.

Galey has spent part of Sunday checking road conditions, and he says many major roads in the area are nearly or completely impassable.

He is asking residents to not get on the roads at this time.

“People need to stay out of this and stay home,” Galey said.

He doesn’t expect conditions to improve until Wednesday.