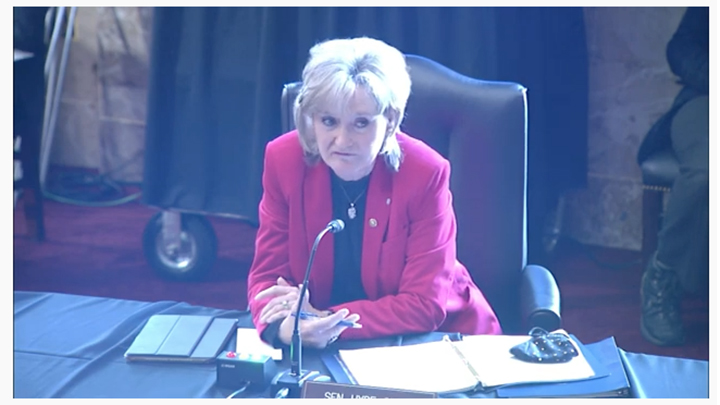 Tuesday, U.S. Sen. Cindy Hyde-Smith (R-Miss.), of Brookhaven, indicated she wants more assurances from the Secretary of the Interior nominee that job protection and the economy will be given greater weight as the Biden administration works to curtain fossil fuel production.

“I recognize the historic nature of Rep. Haaland’s nomination and her life story. However, I need greater assurances that jobs and the economy will be given greater priority as public lands and energy policies are developed and implemented,” Hyde-Smith said.

“The casualness of President Biden’s ban on new energy leases and cancellation of the Keystone XL pipeline, with associated job losses, signal a troubling approach to terminating livelihoods today for the promise of future climate-related work,” she said.

At the confirmation hearing, Hyde-Smith focused her questions to Haaland on job losses and economic harm linked to executive orders issued by Biden from his first day in office. In addition, Haaland is on record as stating, “I pledge to vote against all new fossil fuel infrastructure, and to fight instead for 100% clean energy.”

Hyde-Smith asked, “By halting this production of essential fossil fuels, Mississippi jobs alone would be just decimated, leaving families without a source of income during an already troubling time, economically. Halting offshore energy production would also deny my state resources that are now dedicated to conservation and other very good works. Frankly, your positions on energy are alarming to Mississippians. What do you recommend I tell my constituents, to assure them that their livelihoods are secure?”

In response, Haaland committed “I will listen to you… I will take into consideration your issues,” while pointing out that the ban on new federal oil and gas leases are temporary and that existing leases remain operational.

“I feel like, in the short term, hopefully their jobs have not been affected,” Haaland told Hyde-Smith.

Hyde-Smith pointed to a 2020 analysis which concluded that banning federal leasing would result in nearly 14,000 Mississippi jobs lost in the first 12-24 months, a 44% decrease in offshore oil production and a 68 percent natural gas decline by 2030. A federal leasing ban would also pose significant loss of revenue to the state of Mississippi.

Due to Biden’s Executive Order 14008 “Tackling the Climate Crisis at Home and Abroad,” the Bureau of Ocean Energy Management on Feb. 12 announced the rescinding of the Record of Decision for the Gulf of Mexico Oil and Gas Lease Sale 257. The decision pauses planning for the proposed sale, which was expected to occur this March.