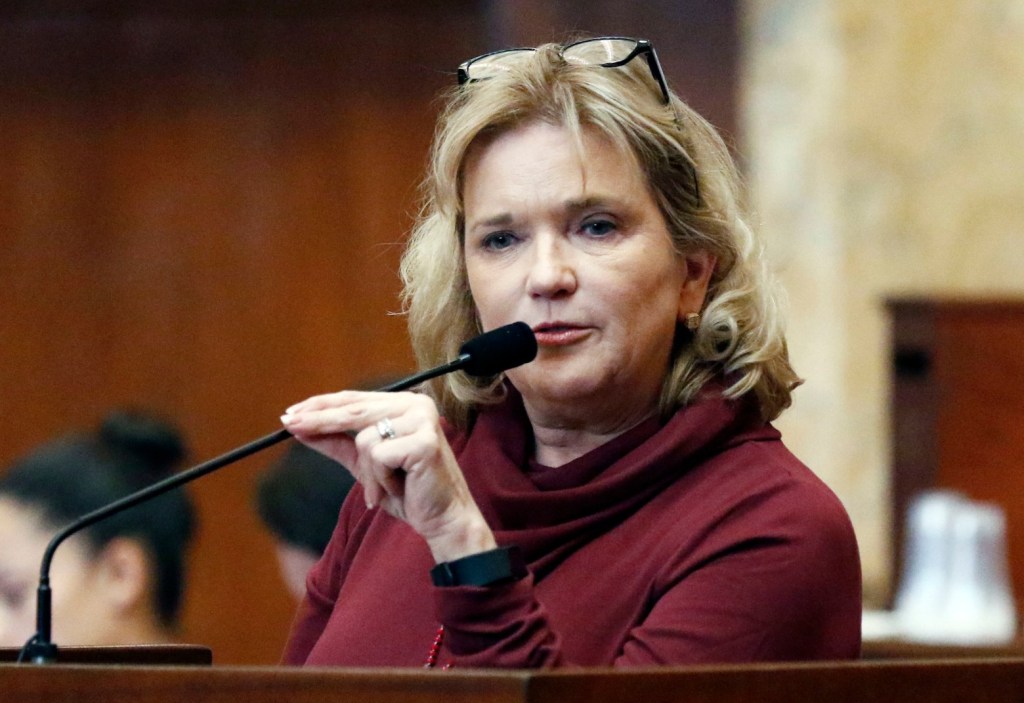 “It’s the first start of a conversation about trying to do better for the people in our state.”

That’s how Rep. Becky Currie, R-Brookhaven, described a bill that would overhaul several state taxes, including elimination of the state income tax.

The bill, passed Tuesday by the House of Representatives, would phase out personal income tax over 10 years, cut grocery tax in half over five and increase other taxes, such as vehicle sales taxes.

“We haven’t done anything like this since I’ve been up here,” said Currie, who is serving her fourth term in the Legislature. “It’s quite the move.”

The bill will go to the Republican-controlled Senate for more work in the next few weeks, although it was not immediately clear how it will fare there.

“We will take a look at it in the Senate,” said Sen. Jason Barrett, R-Brookhaven. “Right now, we are focused on the upcoming deadline for appropriations and revenue bills, and we are starting to look at general legislation from the House.”

Republican House Speaker Philip Gunn said during a news conference Tuesday that the tax overhaul proposal is “probably the most historic policy change that’s ever been done, at least in my political career.”

Gunn said, though, that House leaders had not discussed the proposal with Gov. Tate Reeves. The Republican governor has called for eliminating the state income tax, but he has opposed increasing other taxes.

“I certainly wouldn’t want to be a Republican who votes to significantly increase taxes for certain segments of the general public,” Reeves said during a separate news conference Tuesday. “But, look, we’ve got a long way to go and I think that we can see significant tax reductions for large numbers of Mississippians, and that should be our goal.”

The bill would increase the general sales tax rate for clothing and many other items, from 7% to 9.5%. Although critics say increasing the sales tax rate disproportionally affects people with lower incomes, Gunn said the increase puts consumers in control.

“If they don’t want to pay the sales tax on an item, they don’t have to buy the item,” Gunn said.

The bill also would increase other tax rates on a wide variety of items, including cars and trucks; cigarettes and alcohol; and equipment for farms and machinery for ports.

Currie said while some opponents have questioned increases in some taxes, she believes the overall reduction in personal income tax will offset any per-item increases. “You’re going to have more money in your pocket, which is the intent of the bill,” she said.

The leader of the House Democratic Caucus, Rep. Robert Johnson of Natchez, spoke at the news conference with Gunn and later voted for the bill. Johnson praised the proposal to decrease what he called the “regressive” grocery tax and to increase other taxes so state government could still pay for services.

“We still need roads built. We still need teachers to have a pay raise. … What I like about the bill is that you are providing a tax cut for working people,” Johnson said.

A group that advocates for limited government, Empower Mississippi, said the bill would “return dollars to the pockets of hardworking families” by increasing the personal income tax exemption. Ways and Means Committee Chairman Trey Lamar, a Republican from Senatobia, made a similar argument to the House on Tuesday.

“This is about our families and their future,” Lamar said. “It’s about the people of the state and what kind of opportunities that they’re going to have. Because you see when taxes are too high, when taxes are unfair, it strikes at the very heart of those opportunities.”

A group that advocates for public schools, The Parents’ Campaign, said the proposed tax changes would threaten school funding and endanger the chances of increasing teachers’ pay. Gunn took exception to that criticism, saying teachers would benefit from the proposal to phase out the personal income tax.

Democratic Rep. Bo Brown of Jackson voted against the bill after raising concerns about how a higher general sales tax rate would affect older people who already do not pay the income tax.