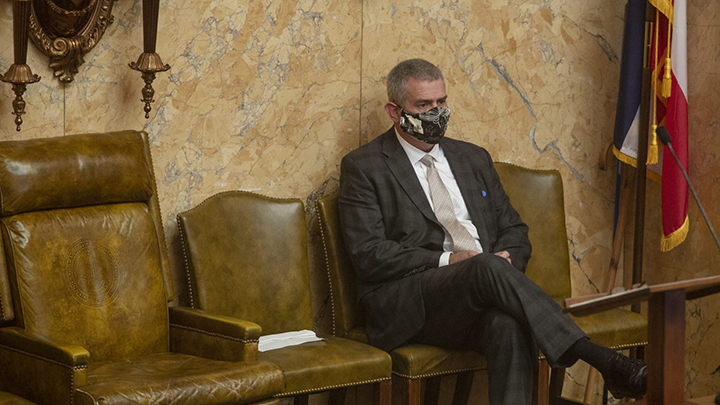 Mississippi’s leading education advocates are unanimously critical of a massive House plan that would fundamentally change the state’s tax structure, expressing concern that it cuts public education funding in the long run.

The proposal, which would eliminate the state’s personal income tax and raise the state’s sales tax, among other things, was introduced less than 24 hours before House members were asked to approve it. The House on Tuesday passed the bill, which will now move to the Senate for consideration.

Describing the proposal as “reprehensible,” “reckless,” and a “political ploy” that holds teachers “hostage,” education advocates have more questions than answers after what they say was a rushed and secretive process.

“It was kept under wraps,” said Nancy Loome, executive director of The Parents’ Campaign, whose organization sent an email to members warning them of similar tax cuts in Kansas and Oklahoma that resulted in decreased school funding and, in some school districts, the transition to a four-day week.

“With MAEP (Mississippi Adequate Education Program) already underfunded and our average teacher salary lagging behind the Southeastern average by more than $5,000, we quite literally cannot afford to let a bill sail through on the promise that everything will work out in the end,” Jones said in a statement. “All Mississippians — educators or otherwise — deserve time to research and understand the effects of this proposal. We should hear from reputable tax policy experts, not just from politicians, about the impact this bill would have on the state.”

Adrian Shipman, a board member for the Mississippi Public Education PAC, issued a statement opposing the bill.

“If enacted, HB1439 could further reduce available state funds by a third, impacting schools and communities for decades and threatening access to quality education and essential services for our most vulnerable Mississippians,” Shipman said. “Our schools deserve better than this far-reaching policy and its reckless 24-hour push through the chamber. Our communities deserve better. Our children deserve better.”

“That is simple math,” Gunn said.

But House leaders adding the teacher pay raise to the proposal as a sweetener to prevent opposition from education advocates has not gone according to plan.

Jones, Loome and others explicitly criticized the inclusion of the teacher pay raise in the tax proposal.

“I wish I could say we were surprised, but we are far too familiar with public education being used as a bargaining chip and teachers’ livelihoods being treated as a political football,” Jones said. “While it may not have been intended as a threat to educators, public education advocacy groups, or the lawmakers who will vote on this bill, it is hard not to view it as such.”

“To be perfectly clear — the Speaker is using educators to get what he wants,” Riley said.

While legislative leaders are calling the bill “revenue-neutral” and promise state coffers and public services won’t take a big hit, educators are suspicious.

“There will come a time in which the financial resources won’t be there, and usually it’s the public schools that take the fall on that,” Burchfield said.

Each year, he said, teachers and schools are told the money isn’t there for increased funding, and he believes the fallout from this bill could give legislators yet another reason to say there’s no money for schools.

“They always say, ‘Well, we just don’t have the money this year,’” said Burchfield. “But the question for them is, ‘Why?’”

Loome has specific concerns about the impact on the state’s early learning collaboratives, or pre-K programs. The programs are funded by state dollars and donations, which are eligible for dollar-for-dollar tax credits.

“I think a lot of people are not going to make that donation,” she said. “And the increase in pre-K that we need will never come.”