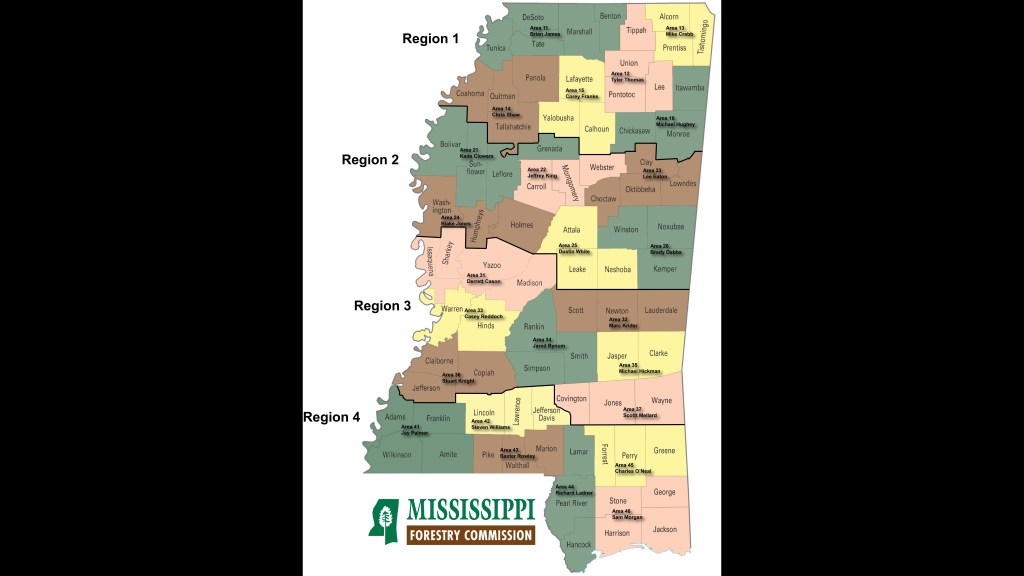 “Mike has been a valuable part of the Mississippi Forestry Commission team for more than 30 years,” Bozeman said. “Mike’s depth of knowledge about the forestry industry in Mississippi is going to allow him to excel in his new role.”

Crowell has been with the MFC for 35 years. He started his service with the agency as a ranger in Scott County and moved up through the agency, eventually serving as Assistant Regional Forester.

As Regional Forester, Crowell will direct the day-to-day operations of the MFC’s Region 3. Crowell will supervise foresters and rangers in 19 counties in central Mississippi, including Copiah and Jefferson counties.

A Mississippi State University graduate and a Scott County resident, Crowell has been married to his wife, Jennifer, have been married for 37 years. They have one daughter, Jessica.

Crowell will officially begin his duties as Region 3 Regional Forester on March 1.