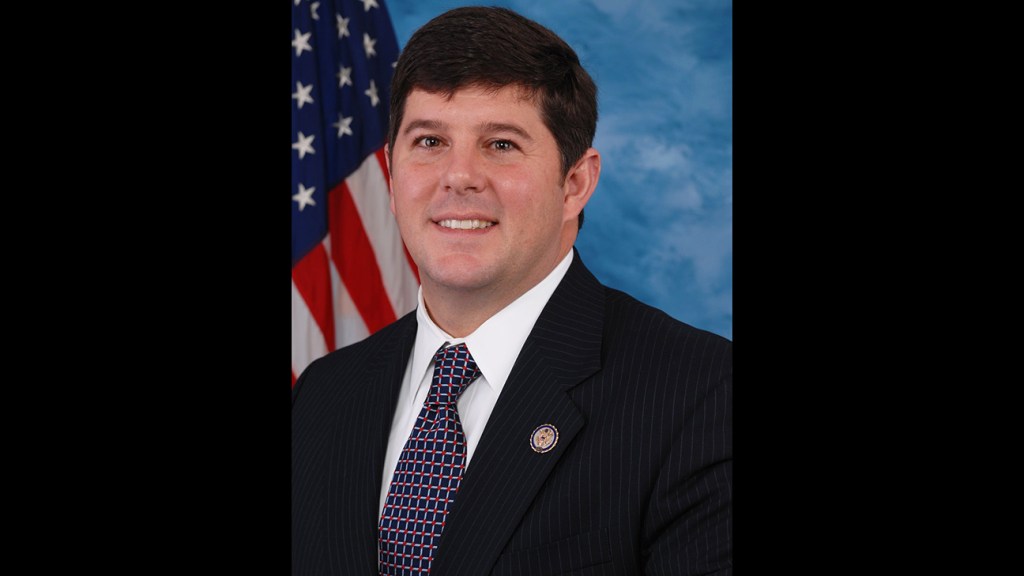 (AP) — An independent ethics body says there is “substantial reason to believe” that Republican Rep. Steven Palazzo of Mississippi abused his office by misspending campaign funds, doing favors for his brother and enlisting staff for political and personal errands.
The allegations against the Republican congressman were included in a 47-page report by the Office of Congressional Ethics that was made public Monday. The House Committee on Ethics, which reviews reports from the OCE and decides whether to take action against lawmakers, is reviewing the matter.
A Palazzo spokeswoman, Colleen Kennedy, said the congressman “welcomes the opportunity to work through this process” and said the investigation stemmed from “false allegations made by a primary opponent.”
The congressman declined to fully participate in the OCE investigation. The office’s report portrays a financially distressed congressman who repeatedly blurred the lines between official, campaign and personal business. It states that there is evidence that Palazzo improperly used campaign funds and money appropriated to members of congress and sought to use his office to do “special favors” for his brother. All would be violations of House ethics rules and federal law.
Investigators say Palazzo, an accountant before his 2010 election, was under financial distress in 2018 and 2019, a period that drew most of their focus.
During that time Palazzo had assumed ownership of a riverfront home in D’Iberville, Mississippi, that had been in his family and which he was looking to sell, according to the report. Though valued at $1.3 million, boasting four bedrooms, a boat dock and a guest cottage, the property needed considerable renovations.
“I just want to sell it or find some contractors to fix it without costing an arm and a leg and sell it for a little more,” Palazzo wrote in one email to a real estate agent. “I can’t afford to take a huge loss.”
To boost the resale potential, the OCE reported that Palazzo tapped campaign funds to pay for over $20,000 in improvements to the property. He also designated the home as his “campaign headquarters” and billed his campaign account $60,000 in rent, which roughly equaled his monthly expenses for the home.
In a statement, his spokeswoman said that the payments on the home were made “appropriately and legally used for a campaign office and rented at fair market value.”
But investigators found scant evidence that the home, where Palazzo’s brother periodically lived, had been used as a headquarters. Palazzo declined to provide them evidence showing why his campaign needed to pay for improvements and repairs.
Additionally, former staffers say at least two congressional aides regularly visited the property during work hours to pay a contractors and inspect work that was done. Inspectors at OCE also reviewed “numerous” emails sent from the congressional accounts of Palazzo staffers that were directly related to work being done on the house, as well as the efforts to sell it.
Investigators also found Palazzo used his influence and campaign resources to help his brother Kyle after his discharge from the Navy.
One anonymous staffer told investigators that Kyle Palazzo “had a very successful painting business in Alabama.” But he also didn’t have a place to live, or a job, and was staying at his brother’s river house. He was hired to be a campaign worker.
Though Kyle Palazzo was able to provide just six work-related emails to investigators that offered a window into the nature of his duties, he regularly used a campaign credit card issued to him for expenses like “food, gas, goods, and services,” the report found.
The congressman also sought help from the Navy on behalf of his brother in connection with his brother’s discharge.
One congressional staffer who was assigned to help Kyle Palazzo told investigators that he left the Navy for “affecting a fraudulent enlistment.” The exact circumstances of his discharge aren’t clear in the report.
Steven Palazzo wanted to improve the designation his brother was given after leaving the service and asked his staffers to contact the Secretary of the Navy’s office.
The congressman’s desire to help his brother set of alarms among his staff, the OCE found. One later told a colleague that the request could get them all fired.
“This is risking all of our jobs,” the unnamed staffer said, according to the report. “I think all of us will be on the line if somebody gets wind of this.”
After the Navy reacted coolly toward the request and suggested filing it through official channels, Kyle Palazzo sent a text message to a congressional staffer working on his case, stating that the congressman had “decided to go about it the right way.”