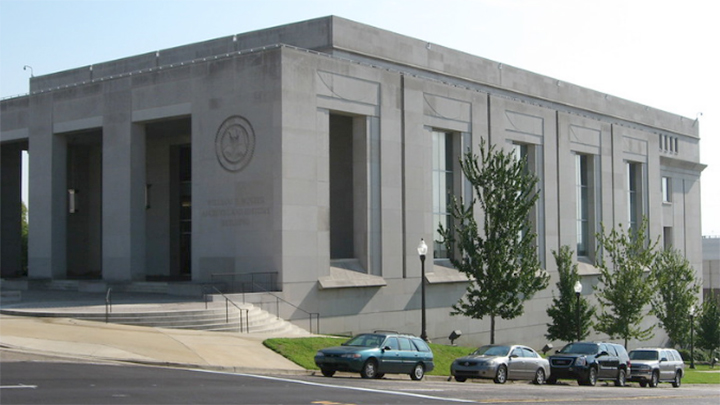 Mississippi Department of Archives and History

A Senate bill, opposed by many of the state’s historians, that would give the governor and lieutenant governor authority to appoint members of the Mississippi Archives and History board of trustees was overwhelmingly defeated Tuesday in the House.

Just 18 House members voted for the proposal and 104 opposed it. It is historically unusual for a bill that has passed out of committee to suffer such a resounding defeat before the full House.

The bill, the subject of broad public scrutiny this session, would have made the nine-member board that governs the Department of Archives and History subject to appointment by the governor and lieutenant governor and to confirmation by the Senate. Currently, board members appoint their own successors, who are subject to Senate confirmation.

About 50 Mississippi historians wrote a letter in opposition to the bill, asking lawmakers to “not interfere with the independence of an entity that has done so much good work for our state.”

Historians and others noted the agency had received national accolades and has been praised for the opening and operation of the Mississippi Civil Rights Museum and the Mississippi Museum of History. Many feared that giving appointments to the governor and lieutenant governor would introduce politics into the governance of the agency that preserves and documents the state’s history and maintains various historical sites.

Early in debate of the legislation on the House floor Tuesday, it became obvious that Accountability, Efficiency and Transparency Chair Randy Boyd, R-Mantachie, was not confident of the bill’s passage.

He told members, “We just want to look at the agency to see if there is a need for some minor changes.”

Boyd amended the Senate bill to ensure it could not go to the governor, but instead to a conference committee of House and Senate leaders to see if the “minor changes” were needed.

But Rep. Robert Johnson, D-Natchez, the House minority leader, said if members opposed changing the governance of the agency, they should vote against the bill now. They did.

Though efforts could be made to force another vote on the bill later this week, it would be highly unlikely for such an endeavor to succeed considering the margin by which the proposal was rejected.

Sen. Mike Thompson, R-Long Beach, the author of the legislation, said the proposal would change the Archives and History Board so that its members would be selected like the governing boards of many other state agencies.

Sen. John Polk, chairman of the Senate Accountability, Efficiency and Transparency Committee, said having the governor and lieutenant governor make appointments would bring new thought and ideas to the board and prevent myopic thinking.

Some feared the bill was an effort to remove the focus or at least lessen the focus on aspects of Mississippi history that might place the state in a bad light, such as the state’s struggles involving slavery and racial issues.

Before the 2021 session began, Gov. Tate Reeves proposed spending $3 million for a Patriotic Education Fund to combat “indoctrination in the far-left socialist teachings that emphasize America’s shortcomings over the exceptional achievements of this country.”

He added in his budget proposal “revisionist history has aimed to tear down American institutions, and it is poisoning a generation. Capitalism, democracy, and other uniquely American values have been the victims of a targeted campaign from foreign and domestic influence — aiming to destroy the pillars of our society. The United States is the greatest country in the history of the world. No other nation has done more for its citizens or to advance freedom and prosperity across the globe. We need to combat the dramatic shift in education.”

Various sources, though, said Reeves was not pushing the proposal to change the governance of Archives and History, and thus far his “Patriotic Education Fund” has not gained traction in the 2021 legislative process.