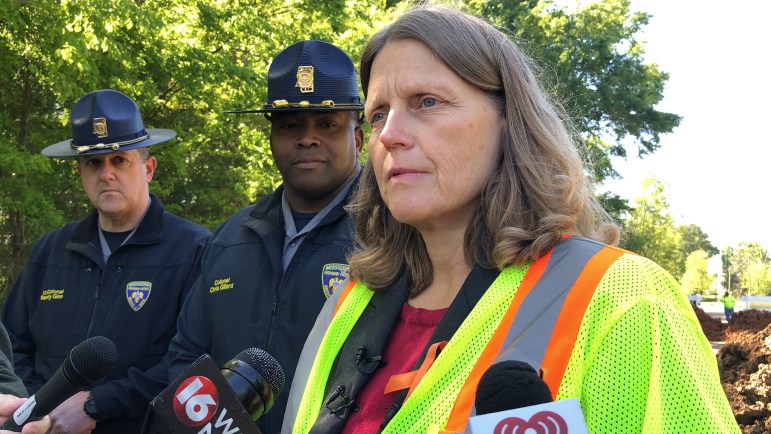 Mississippi Department of Transportation Director Melinda McGrath, who has led the agency for a decade, announced her resignation Tuesday under political fire from lawmakers.

Lawmakers, particularly in the Senate, have been critical of MDOT for cost overruns, delays on projects and other issues and have proposed a bevy of legislation this session aimed at stripping the agency of money and authority.

McGrath was up for re-confirmation by the state Senate, which would typically be pro-forma. But Lt. Gov. Delbert Hosemann had “double-referred” her confirmation to two committees instead of the usual one. Neither has taken up her confirmation, even as the legislative session enters its final weeks. Political observers have raised doubts whether McGrath had enough votes in either the Transportation or Accountability committees to be confirmed.

King on Tuesday praised McGrath’s work, and declined to say whether the resignation was driven by legislative politics, saying: “In all frankness, I just don’t know.” But he noted what he called “anti-transportation” measures pending at the Capitol.

“We have a lot of legislation, what I call anti-transportation, and I’m very surprised and shocked, especially that it’s coming from the Senate,” said King, a longtime former state senator — as is his fellow Commissioner Willie Simmons. “I don’t know the reason for it. It’s very disappointing. We need their help, not opposition.”

King said, “(McGrath) will be truly missed … her vast knowledge and experience and professionalism … She was one of the first females in the whole country to become an executive director of transportation. She’s done a remarkable job.”

In their criticism of MDOT, lawmakers have focused on cost overruns and long delays on finishing major projects such as U.S. 49 widening and improvements, which have dragged on for years and seen overruns well over $100 million.

Pending legislation would strip MDOT in millions a year in funding and redirect it to local governments for city and county road projects, and strip MDOT of its law enforcement branch and put it under the Department of Public Safety.

Hosemann said recently his double referral of McGrath’s confirmation was not a shot at her or effort to oust her, but that many senators have expressed concerns with MDOT and he wanted to give them ample opportunity to address issues with her. He said he questions MDOT’s structure and operations.

MDOT leaders have for years said they need hundreds of millions of dollars a year more to maintain state highways, while lawmakers have balked at finding such increased funding and questioned whether the agency was misspending money or working inefficiently. MDOT leaders’ backing of proposed increases in state gasoline taxes for road work have strained political relationships with some of the GOP legislative leadership.

“(McGrath) has worked tirelessly for over 30 years to provide a safe, efficient and effective transportation system,” the Transportation Commission said in a written statement on Tuesday. “She set a high standard for excellence in engineering, integrity and transparency, not only at MDOT but also nationally … She has also been a pioneer for women in the transportation industry … her contributions and legacy will be felt for years to come.” She served as an engineer-in training, project engineer and chief engineer among many positions in her decades with MDOT.

King said Tuesday that Jeff Altman, currently deputy executive director, will run the agency in the interim until a new director is chosen by the commission, which would be subject to Senate confirmation.