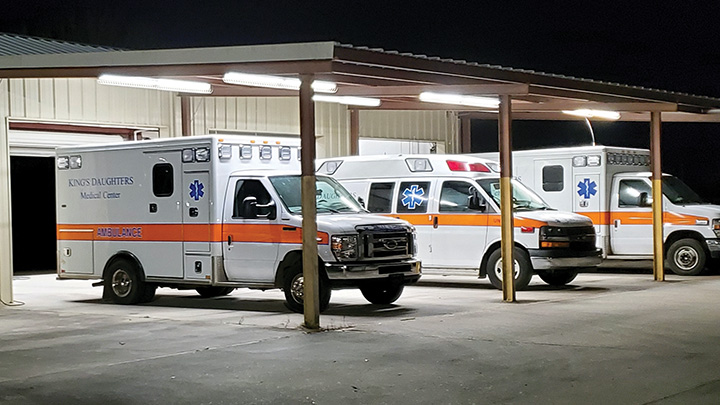 King’s Daughters Medical Center reported 14 calls for Thursday. There were four transfers — one in the city, one to Hattiesburg and two to Jackson — and 10 emergency calls. Seven were medical — five in the city and two in the county — and there were three trauma calls in the city.