Ole Brook takes both team titles in their track invitational 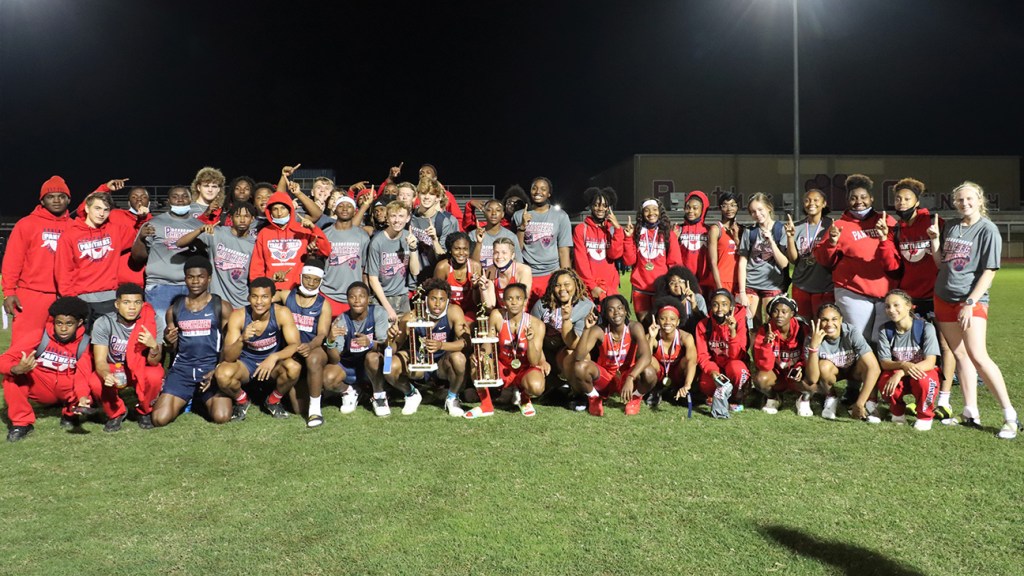 Photo by Terri Mabile / Members of the Brookhaven High track team pose with their first place trophies after sweeping the team titles Friday at the BHS invitational meet. Brookhaven High will run again Thursday at a meet hosted by Pearl High School.

Brookhaven High swept top honors in both the boys’ and girls’ divisions Friday at their annual invitational track meet.

BHS will compete in the Pearl Invitation this week on Thursday, April 1. They’ll then host the 5-5A division meet on Monday, April 5, at King Field. The Region 3-5A meet will be held at Hughes Field in Jackson on April 17.

Hattiesburg High is hosting the south state on Saturday, April 24. The 5A state meet will run on April 30 at Pearl High.

Stovall finished second for the BHS girls in the 800-meter race while her teammate Ellie Slay finished in third. Slay also finished third in the 1600-meter run. Merritt Wolfe finished as runner up in the 3200-meter race for BHS.

Kaniya McDaniel was the second-place finisher in the 100-meter hurdle race for BHS while Jakira Cook came in second in the 300-meter hurdle. Angel Wilkinson came in third in the high jump and Rancifer was second in the discus. De’Naejah Williams finished as runner-up in the shot put.