‘We got totally screwed’: Dobbs explains why Mississippi trails others in COVID-19 vaccine rollout 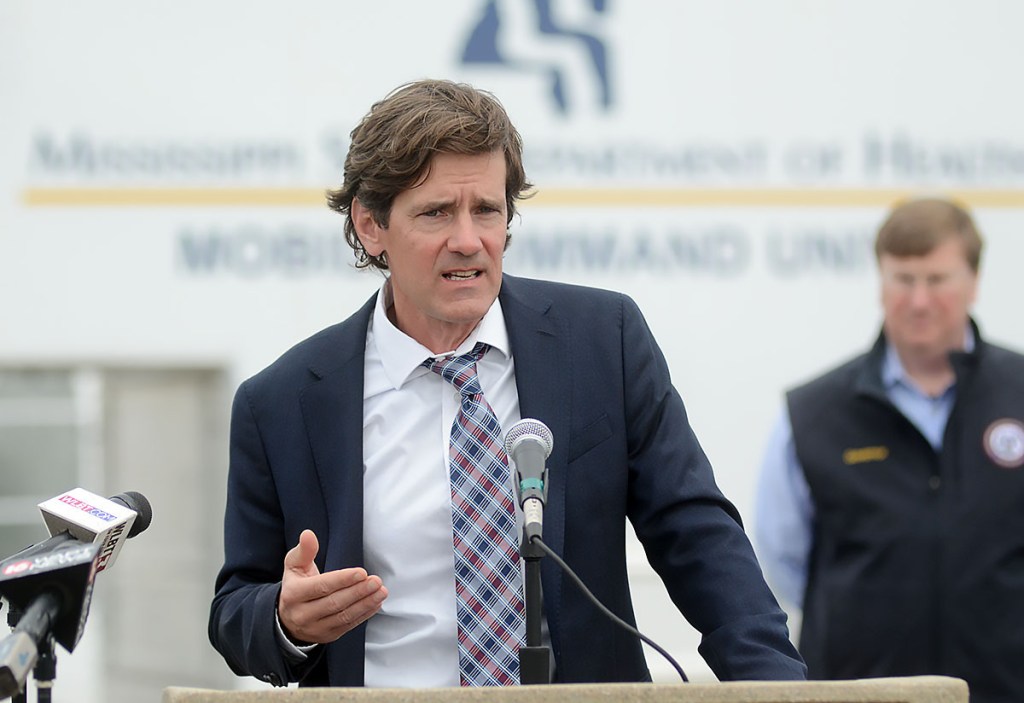 More than a year into the COVID-19 pandemic, the race to return to normalcy is a numbers game, contingent on vaccinating as many people as possible. And Mississippi is lagging behind.

The state ranks 48th in the U.S. for the percentage of the population that has received at least one dose of vaccine, 42nd in fully vaccinated people and 46th in the percentage of shots used that have been sent to the state by the federal government, according to a U.S. Centers for Disease Control and Prevention tracker.

But State Health Officer Dr. Thomas Dobbs, in a one-on-one interview with Mississippi Today this week, says these rankings paint an incomplete picture of how Mississippi is performing in its vaccination efforts. The state’s numbers in the CDC tracker are several days behind MSDH’s reporting, an important discrepancy when a few thousand shots can put one state ahead of another.

“We got totally screwed by the federal long-term care program,” he said.

That program tapped pharmacists from Walgreens and CVS to mass vaccinate nursing home residents on-site, but bureaucratic and logistical issues hampered progress and put Mississippi at the back of the line, Dobbs said.

“CVS and Walgreens started us essentially last (of all states), so almost all of our vaccine was sucked up in that thing for three to four weeks,” he said.

Mississippi allocated 90% of its first 100,000 doses to the program, but instead of immediately going into people’s arms, Dobbs said, they sat in freezers because there wasn’t anyone to administer them. The pharmacies didn’t have enough staff to go around, so they focused on finishing LTC vaccinations in neighboring states like Tennessee and Arkansas first.

West Virginia was able to distribute its early doses immediately because it didn’t participate in the program. That state instead used dozens of local pharmacies to administer shots, and started vaccinating its LTC residents weeks before most other states.

In addition to the delays caused by the pharmacy partnership program, the federal government’s method for allocating vaccine doses has caused inequities between states, Dobbs said.

Tiberius, the software platform designed to guide the every state’s distribution of COVID-19 vaccines, was supposed to allocate doses based on a state’s population, but its algorithm for doing so hasn’t been consistent, Dobbs said.

The states with the highest percentages of vaccinated people have all received significantly more vaccines per capita than Mississippi. New Mexico tops the list, with 38% of its population having received at least one dose, but it has also received 76% more doses per 100,000 residents than Mississippi has.

These issues being left out of the narrative around Mississippi’s progress in administering vaccines is why Dobbs thinks a fixation on rankings is unwarranted.

“We just need to reach our objectives… there’s just a lot of things in there that are just not as important and shouldn’t be used to beat up on folks, whether it’s us, Alabama or whoever else,” Dobbs said.