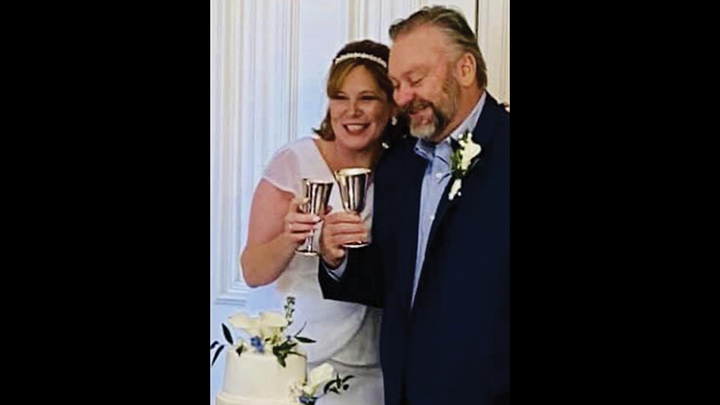 Kimberly Goines and Jeffrey Biehslich, both of Versailles, Kentucky, announce their wedding. Miss Goines is the daughter of Doug and Susan Goines. Mr. Biehslich is the son of Louis and Reba Biehslich.

The bride-to-be is a 1989 graduate of Saint Mary’s School and a 1994 graduate of the University of North Carolina at Chapel Hill with a degree in English and journalism. She is employed as a paralegal.

The prospective groom is a 1986 graduate of Fulton City High School and a 1991 graduate of Murray State University with a degree in criminal justice. He is employed as a pre-trial operations supervisor for the Administrative Office of the Courts.

The couple has three daughters.

The ceremony and reception with hors d’oeuvres and cake was held at the Historic DuPont Mansion Bed and Breakfast in downtown Louisville. The couple took a wedding trip to Biloxi, Mississippi, and New Orleans, Louisiana.

They reside in Versailles, Kentucky.