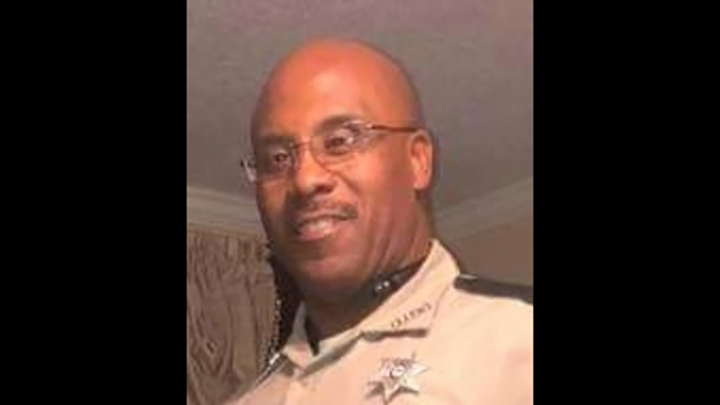 Jefferson Davis County Sheriff’s Deputy Pat Barnes was killed Saturday night in an accident on Hwy. 42 East. The accident happened just before 9 p.m. at Hwy. 42 and Ed Parkman Road as Deputy Barnes was headed to Prentiss to assist the Prentiss Police Department with an altercation at the Western Motel.

Prentiss Police Officer Stephen Jones called for backup after responding to a domestic dispute at the motel.

Barnes was in the Bassfield area when he received the call for help.

As he was traveling down Hwy. 42, he passed a car just before Ed Parkman Road.

Linda Broom of Sumrall was traveling West and saw Barnes approaching in her lane. Broom was traveling with her daughter and granddaughter back home after being in Natchez for a wedding.

“When we topped the hill, the officer was in our lane,” said Broom.

Barnes clipped the right front side of Broom’s vehicle, which caused him to lose control and strike a tree at the home of Kathy Davis Sharpley.

“We are devastated and hurting,” said Sheriff Ron Strickland. “He was an outstanding deputy and an asset to our department.”

“Deputy Barnes’ sacrifice while in service to the citizens of Jefferson Davis County, no matter the span of time, cannot go unmentioned. We will honor him, his family and his memory.”

Barnes also served as a part-time officer for the Prentiss Police Department.

“The Town of Prentiss mourns the loss of Jefferson Davis County Sheriff’s Deputy Pat Barnes in an on-duty accident last night,” said Prentiss Mayor Charley Dumas. “I have directed flags on city property to be lowered to half staff at sunset today in remembrance of his faithful and dedicated service to our county and city.”

This is the first JDC Sheriff’s Deputy to be killed in the line of duty since Tommy “Boo Boo” Bourne and J. P. Rutland were killed in 1997.