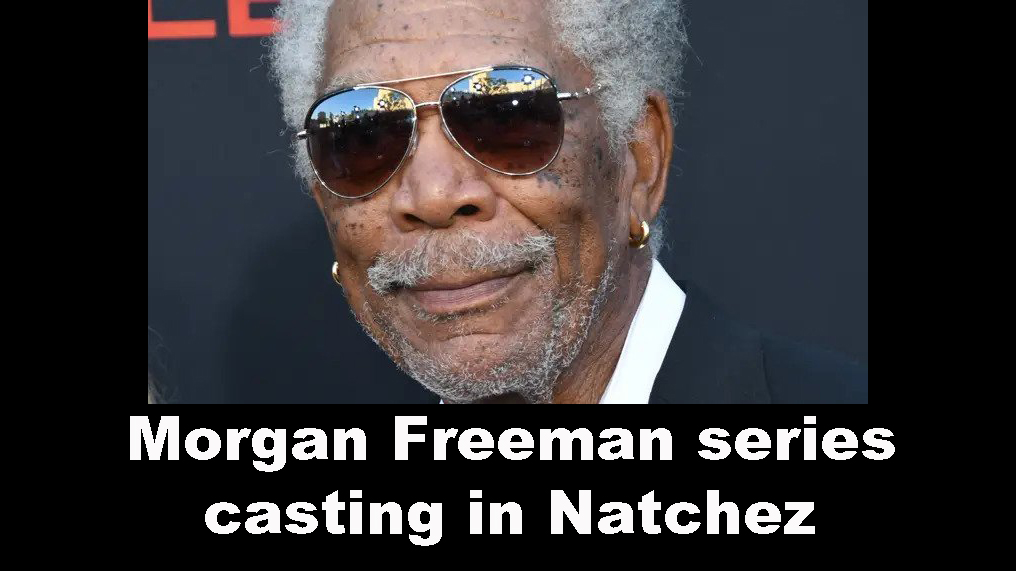 An upcoming History Channel series to be filmed in Natchez is currently casting for both featured roles and extras.

Each episode of the show, “Great Escapes with Morgan Freeman,” will be narrated by Mississippi native and Academy and Golden Globe Award winning actor Morgan Freeman, best known for his distinctive voice.

“Our goal is to go beyond just my company putting our own stuff here in Natchez,” Taylor said. “We want to bring other major film companies here and make Natchez a filming destination.”

Casting director Matthew Morgan of Morgan Casting said the company is looking for approximately 60 cast members for featured roles and approximately 100 extras for the first eight episodes of the series. The non-fiction series focuses on infamous prison escapes across the world, Morgan said.

“I am grateful to let locals know what is filming in their backyard and let them know of opportunities for them to be a part of this reenactment series,” he said. “We’re excited to film this in Natchez. I’m casting for eight episodes that will be filmed roughly over the span of one month, starting in mid-April and ending in mid-May.”

Morgan said he is seeking look-alikes for real-life characters like “El Chapo,” the infamous Mexican drug lord, and other prisoners who pulled off escapes from maximum-security prisons such as Alcatraz in San Francisco and the Clinton Correctional Facility in Dannemora, New York.
“We’re casting real people, so I’m doing my best to find people who resemble them. If people wonder what we’re looking for, I would say age 20 up to late 60s, white, black or Hispanic.”

For featured roles, Morgan said he will be posting reference photos and descriptions of the characters and will be looking for talented actors who can follow on-set directions and reenact these iconic prison escapes.

Casting notices will be posted at MyCastingFile.com, actorsaccess.com and the Morgan Casting Facebook page. Inquiries can also be emailed to castinggreatescapes@gmail.com.

Extras will receive $100 per day for up to a 12-hour day of work-prominent roles. Named characters can be paid $150-200 per day for roles that may require filming over a span of multiple days, Morgan said.

Cast member safety is paramount, he said, and all cast members will be tested for COVID-19 prior to filming.

“We take great measures to make sure people are safe,” he said.