Lady Wolves move to 24-4 with sweep of NE 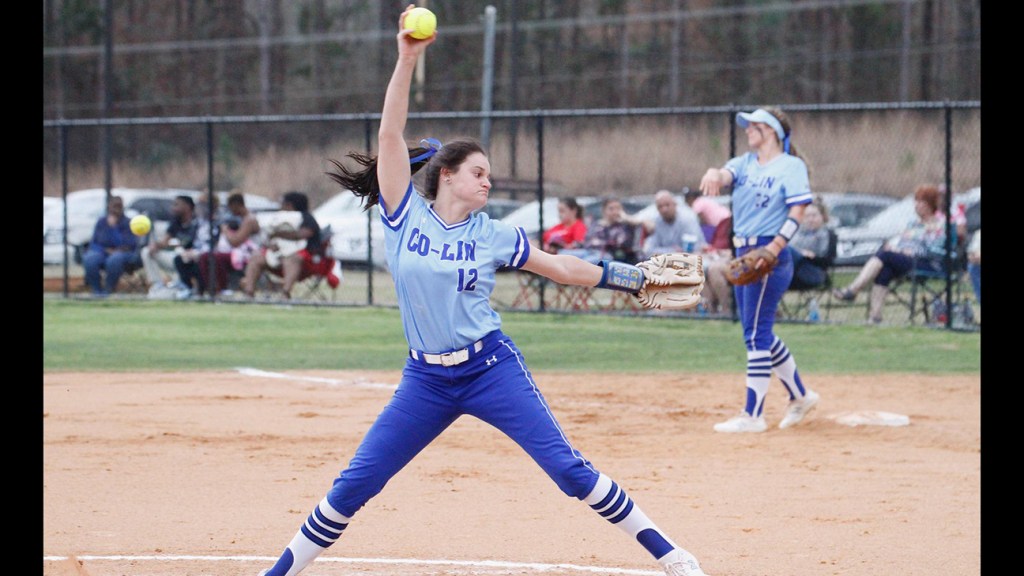 Photo by Co-Lin Sports Info Co-Lin sophomore pitcher Bella Luckey is 11-2 on the season after picking up a complete game 3-0 win Sunday against Northeast Mississippi C.C. No. 6 ranked Co-Lin has one more home series remaining on their schedule, April 20 against Hinds.

The No. 6 ranked Copiah-Lincoln softball team picked up another MACCC sweep with 1-0- and 3-0-wins Sunday over visiting Northeast Mississippi Community College.

CLCC was scheduled to play at No. 2 ranked Gulf Coast today, but the game was then moved up to Tuesday in an attempt to beat foul weather. Lightning in Perkinston Tuesday stopped that from happening and a makeup date has not been announced yet.

The sweep was the ninth of the season for Co-Lin as they moved their conference record to 19-3 in MACCC play.

It took nine innings for Co-Lin to get a 1-0 win over Northeast in the opener Sunday. An RBI single by Loyd Star product Malori Cade scored the winning run in the bottom of the ninth.

Freshman pitcher Cera Blanchard (Metairie, La) pitched the win for Co-Lin as she gave up six hits and struck out five in the full nine innings. The win moved her record to 13-1 on the season. Shelbi Maxwell (Wesson) had two hits to lead Co-Lin at the plate.

Game two was another dominating pitching performance for Co-Lin as sophomore Bella Luckey (Simpson Academy) only surrendered a pair of hits in the 3-0 win.

Sophomore Baileigh Jackson (Bogue Chitto) drove in the first CLCC run of the game in the fourth inning. Maxwell also singled and scored a run in the win.

Luckey is now 11-2 on the year as she struck out four and walked two in the game.