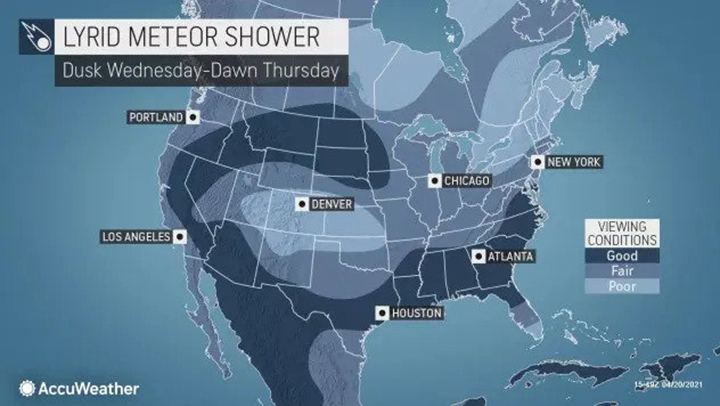 Accuweather Image Mississippians should have good visibility of the Lyrid meteor shower tonight.

The last moderate meteor shower was the Quadrantids in early January, though many may have missed it due to weather conditions. The Earth Day event will boast 15-20 meteors per hour, according to the American Meteor Society. The event will be visible all across the world, but especially from the Northern Hemisphere.

AccuWeather predicts all of Mississippi will have good viewing conditions for the event.

A few “shooting stars” may be seen streaking across the sky early in the nighttime hours, but the best time to watch the event will be during the second half of the night, as the frequency of meteors slowly increases. A darker sky will occur after the setting of the moon around 3:30-4 a.m., making meteors easier to see, as well.

A few incredibly bright meteors, known as fireballs, may also be seen during the peak of the Lyrids. Accuweather meteorologist Brian Lada said this year may end up being a good year for the Lyrids due to favorable weather projected across most of North America.

“If poor weather prevails on Wednesday night and early Thursday morning, all is not lost,” Lada said. “The Lyrids have a plateaulike peak, so a similar number of meteors can be seen in the three nights centered around Earth Day.”

Skywatchers will not have to wait as long for the next opportunity to see some shooting stars. The Eta Aquarid meteor shower is set to peak in early May, just two weeks after the Lyrids.

This is the best meteor shower of the entire year for the Southern Hemisphere. It typically produces 40 to 60 meteors per hour, which averages out to nearly one per minute. Areas north of the equator will still be able to catch part of the show with hourly rates similar to the Lyrids, according to AMS. 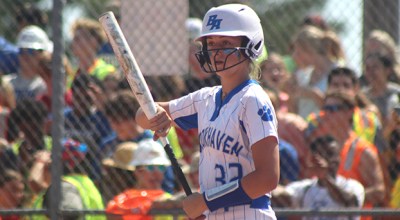