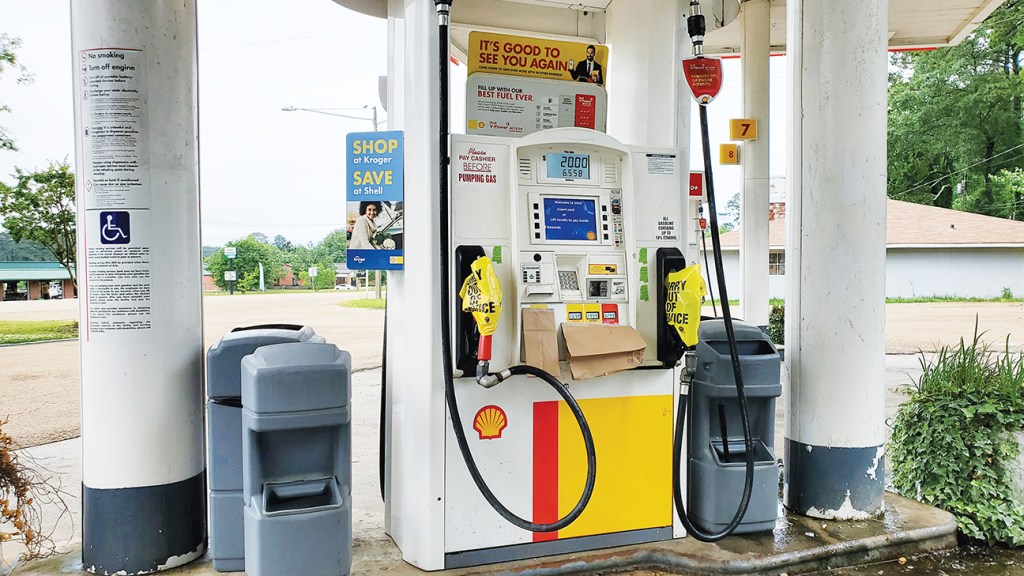 Photo by Brett Campbell / Only one gas station in Brookhaven was out of gas midday Wednesday, as more than 1,000 stations were running low across the Southeast.

Only one gas station in Brookhaven was completely out of gas midday Wednesday when more than 1,000 stations in the Southeast U.S. were reportedly running low due to what analysts say is an unwarranted panic-buying spree among drivers.

The partial shutdown of the Colonial Pipeline entered its sixth day Wednesday. A cyberattack by hackers who demanded ransom came this past weekend on the biggest U.S. fuel pipeline, which delivers about 45% of the East Coast fuel consumption. The attack once again raised concerns about the vulnerability of the nation’s critical infrastructure.

A large part of the pipeline resumed operations manually late Monday, and Colonial anticipates restarting most of its operations by the end of the week, U.S. Energy Secretary Jennifer Granholm said.

Motorists may still feel a crunch because it takes a few days to ramp up operations, but she said there is no reason to hoard gasoline.

“We know that we have gasoline; we just have to get it to the right places,” she said.

“A lot of that is because they’re selling three or four times as much gasoline that they normally sell in a given day, because people do panic,” said Tom Kloza, an analyst with S&P. “It becomes a self-fulfilling prophecy.”

The pipeline runs from the Texas Gulf Coast to the New York metropolitan area. The states most dependent on the pipeline include Alabama, Georgia, Tennessee and the Carolinas, Kloza said.

There were scattered reports of higher gasoline prices, but prices were rising even before the pipeline incident heading into the busy summer driving season. Nevertheless, Granholm warned gas station owners, “We will have no tolerance for price gouging.”

The national average price of gasoline Wednesday was just above $3 per gallon for the first time since 2014, according to GasBuddy. The website and smartphone app predicted months ago that COVID-19 related recovery would lead to rising gasoline demand and accompanying costs.

“While this is not a milestone anyone wants to celebrate, it is a sign that things are slowly returning to normal,” said GasBuddy petroleum analyst Patrick De Haan. “In this case, rising gas prices are a sign Americans are getting back out into the world.”

To ease brief shortages, the White House is considering temporarily waiving a law that says ships delivering products between U.S. ports must be built and manned by Americans.

The Transportation Department also is relaxing some workforce requirements and enlisting railroads to deliver fuel inland. And the Environmental Protection Agency lifted some fuel quality requirements on an emergency basis.

“We’re looking at every option we have across the federal government and all of the federal agencies,” Granholm said.

In Georgia, Gov. Brian Kemp suspended state taxes on motor fuels through Saturday. Georgia collects a gasoline tax of 28.7 cents per gallon and a diesel tax of 32.2 cents per gallon.

“It will probably help level the price at the pump off for a little while,” Kemp said.

However, he urged people not to hoard gasoline, saying he expects the situation to be resolved soon.
“You don’t need to go out and fill up every 5-gallon can you’ve got,” the governor said.

Scattered gas stations in metro Atlanta were out of fuel Monday and Tuesday. In Georgia, nearly 6% of about 6,400 stations had run out of fuel, Gasbuddy.com said.

In Florida, drivers in some areas faced long lines, and 3% of gas stations had run out.

The state’s governor, Ron DeSantis, declared a state of emergency Tuesday evening in response to the gasoline. The move activates the Florida National Guard, as needed, and directs state emergency management officials to work with federal and local officials.

The Colonial Pipeline carries jet fuel as well. American Airlines rerouted two long-haul flights from Charlotte, North Carolina, because of possible shortages. Passengers flying to Honolulu will have to change planes in Dallas, and those heading to London will stop in Boston to refuel.

Southwest and United flights carried extra fuel on flights to Nashville, Tennessee, Baltimore and some other airports in case jet fuel was unavailable at those airports. Normally airlines load only enough fuel for a single flight, because topping off adds to the plane’s weight and hurts mileage. Most planes can carry enough fuel for a round trip, but the extra fuel burn costs money.