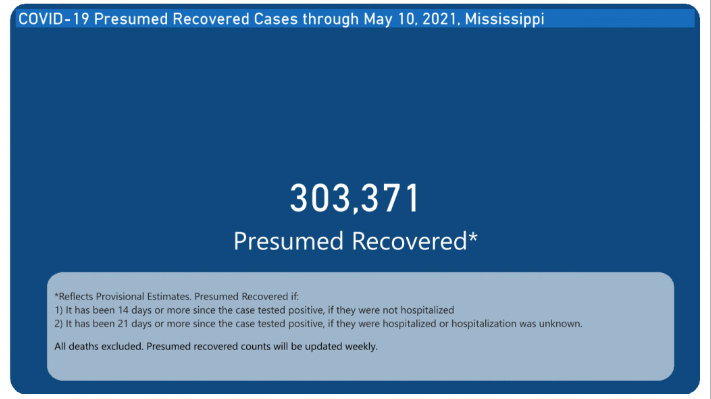 The number of people in Lincoln County who have tested positive for COVID-19 has risen by 18 over the past week. Totals for the state have risen by 1,343 in that same time frame.

Lincoln County’s case number has risen to 3,968, though the county’s death total remains at 110.

MSDH presumes 303,371 previously infected individuals have recovered from the coronavirus as of May 10.