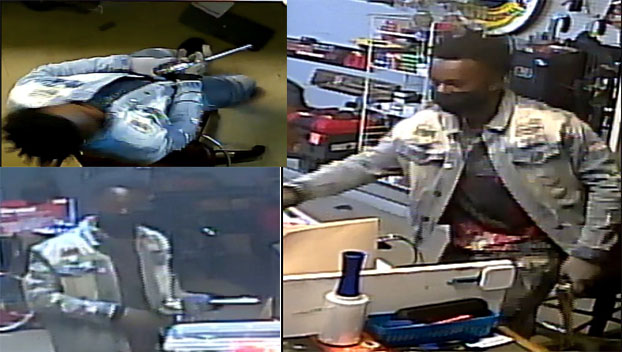 Brookhaven police took to social media to ask for the public’s help in catching two individuals who are being described as ‘armed and dangerous.’

On Facebook, Police Chief Kenneth Collins said the two individuals that are being sought carjacked a woman in Jackson at gunpoint.

The individuals reportedly took the woman’s car to Brookhaven and then busted out the front of a Brookhaven business and then traveled to Hazlehurst and broke into a business there.

Collins said officers pursued the two men and were shot at during the chase.

If you know who the suspects are, contact the Brookhaven Police Department or Crime Stoppers at 601-355-TIPS(8477).