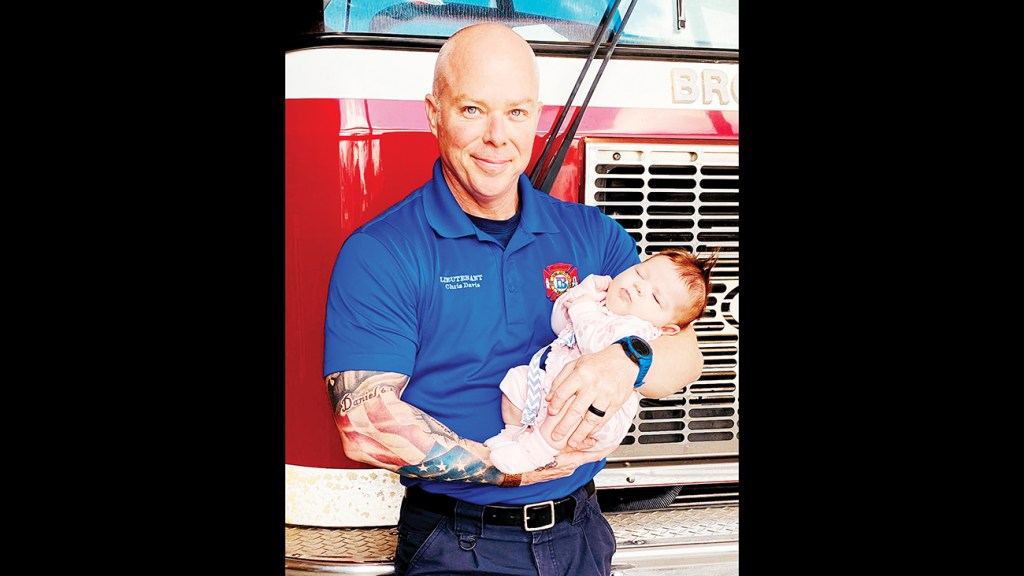 Chris Davis serves Brookhaven by working in the fire department and the ambulance service.

Although Davis worked in Brookhaven for every job he has had, he is a born-and-raised Wesson native.

He got his start with regular odd jobs and then decided at age 30 to go into a fitness field. He enrolled in night classes at Copiah-Lincoln Community College to get educated in nutrition and anatomy. He considered a few medical careers until he was offered a job at a gym.

Davis managed the Human Performance Center, now known as the KDMC Fitness Center. He was there for about eight years before being offered a job at the fire department.

He also works part-time as needed as an EMT with the King’s Daughter’s Medical Center Ambulance Service, alongside his wife. He has been with the fire department for 11 years and the EMS for more than five. He was promoted to lieutenant at BFD this past September.

His job as a lieutenant is to take care of his crew.

“I’m responsible for that truck and everybody in it. I pump the truck at the fires and make sure the hose has water, make sure the firefighters have what they need, and that is my job,” Davis said.

Even though Davis has never lived in the city, he admires the community that he serves.

“There are a lot of good people here in Brookhaven. I met a lot of people when I worked at the gym, anyone from the janitor to the doctor — I’ve met them all. I like Brookhaven. That’s why I work here,” he said.

Davis has many values that make him stand out in his leadership, but one remains superior.

“If there is one thing I believe in, it would be integrity. We need more integrity in the world,” he said.

Davis advises anyone who is interested in an emergency career to try volunteer work first.

“It takes a lot to devote to do this full-time, and you need to make sure that this is what you want to do for a career. I love it, like once you start doing it, you can’t think of doing anything else,” he said.