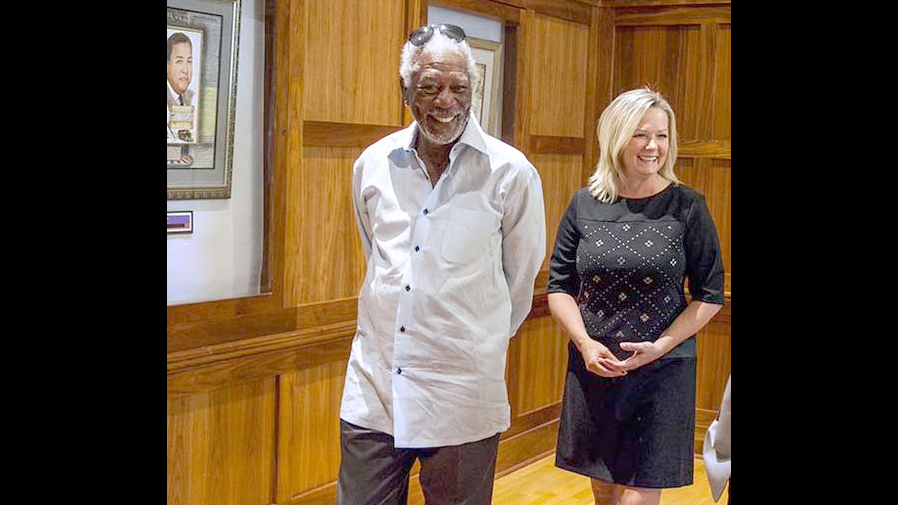 (AP) — Actor Morgan Freeman and a criminal justice professor at the University of Mississippi are donating $1 million to the university to establish a Center for Evidence-Based Policing and Reform, the university announced Tuesday.
The center created with the donation from Freeman and Professor Linda Keena will be the only one of its kind in Mississippi and one of only a few in the nation, the university said in its news release.
The university’s Department of Criminal Justice and Legal Studies said the center eventually will train police from Mississippi and around the country. It will include training on how police can better engage the community in crime prevention.
“Look at the past year in our country -– that sums it up,” Freeman said in the news release. “It’s time we are equipping police officers with training and ensuring ‘law enforcement’ is not defined only as a gun and a stick. Policing should be about that phrase ‘To Serve’ found on most law enforcement vehicles.”
University leaders plan to build relationships and share data with policing agencies, according to the release. And they plan to use the data to enhance the preparation of students in criminal justice.
“Linda Keena and Morgan Freeman are helping found and equip an academic center, where our professors and students can not only develop realistic solutions but also offer training to police forces,” Chancellor Glenn Boyce said. “Our flagship university wants to strengthen the work of police forces in our state and beyond, particularly those in more rural communities that might not have as many resources as departments in large metropolitan areas.”