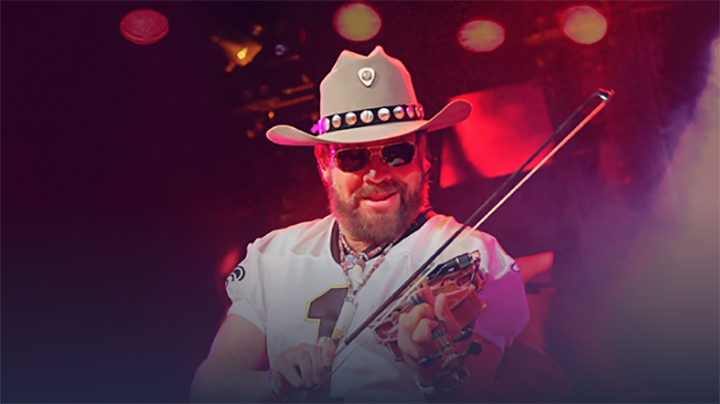 Hank Williams Jr.’s impressive resume has spawned 70 million albums sold worldwide, six platinum albums, 20 gold albums, 13 No. 1 albums and 10 No. 1 singles. Marking 57 years since his first album in 1964, Hank Jr. released “It’s About Time” in 2016. In addition to the history-making “Are You Ready for the Country,” the project includes tunes such as “Dress Like an Icon,” “Just Call Me Hank,” “It’s About Time” and “The Party’s On” as well as re-recorded versions of classics “Mental Revenge” and “Born to Boogie” with Brantley Gilbert, Justin Moore and Brad Paisley on guitar. The album is his 37th across his five-decade career.

As a touring artist, Hank was a pioneer in bringing arena rock production values to country music, and he remains one of the most consistent ticket sellers in music, as generation after generation gets turned on to one of the most dynamic live performers ever to take the stage. General admission and VIP tickets go on sale at 10 a.m. Friday, April 23, at ardenland.net. General admission tickets are $55 advance and $65 at the gate. A very limited number of VIP tickets will be available for $250 and include an exclusive viewing area in front of stage, private cash bar, private air-conditioned restroom trailer and dedicated seating overlooking the mighty Mississippi. Gates will open at 1 p.m., with music beginning at 3 p.m.