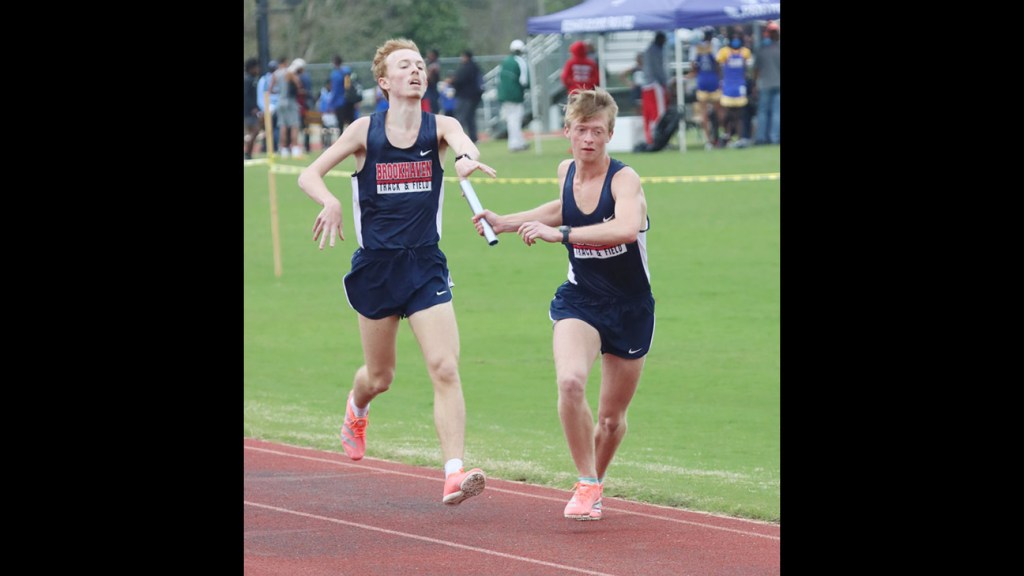 Childress just completed his junior year at BHS and has been running since the summer before his seventh-grade year. With all of the guidelines in place during the last season, Childress still considers his season a blessing.

“As crazy as it was, it was just amazing to be able to have our season and it be fairly normal. Coach Knott told us many times that we need to give it our all every time, because we didn’t know if we were going to be able to run another race because of COVID. So, knowing that, every race that I finished was just another blessing from God,” He said.

Childress helped his team win the 5A State Championship in the fall. They started preparing for this heavily anticipated race in the summer, which helped secure their win. He considered his and his teammate Arnold’s involvement in the awards show to be a huge honor.

“Almost every day of the year we get together and run. It may be short, or it may be 15 miles, but we do it together because we love it and we do it for each other,” he said.

Arnold also began running at the start of middle school and has steadily improved each year.

“It’s a great honor to be in this year’s award show, after months of training and preparation, and all of my team deserve recognition for the hard work put in this year,” Arnold said.

Childress and Arnold have individual goals as well as team goals for the upcoming season. Other than securing the state title again, they want to push themselves to do their best in training.

“My advice for this season for my teammates and also for myself is to enjoy every season of cross-country. For many of us, it’s our last season of cross country and we would do anything for an extra year of running with this team, so always take time and appreciate where you are and where you’re going,” Arnold said.