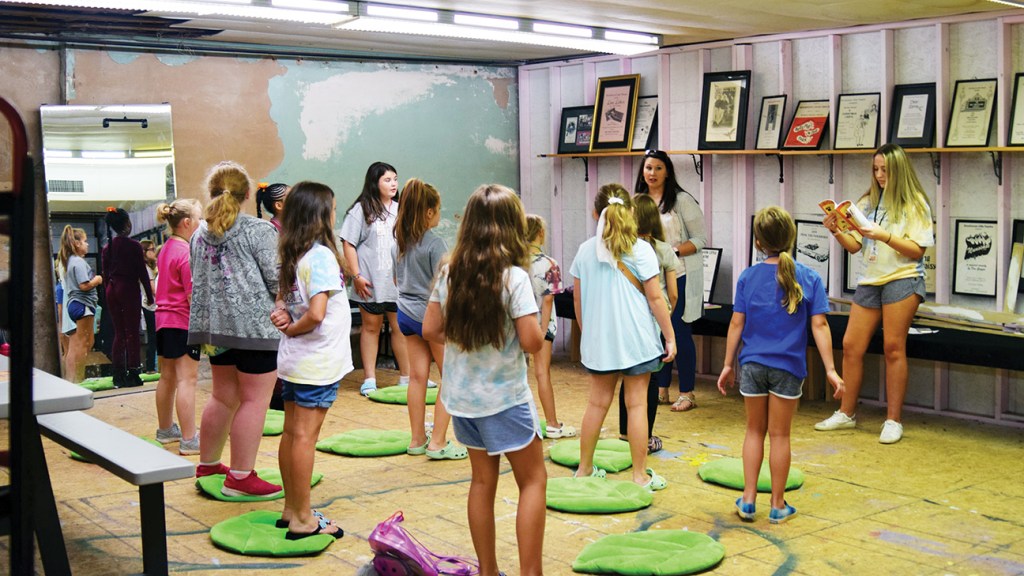 Brookhaven Little Theatre is returning with another production this month.

The theater just finished a successful teen drama camp with “High School Musical Jr.” That was the first time back on stage since the beginning of the COVID-19 pandemic.

This month marked the return of the annual Kids Drama Camp. Kids from kindergarten up to sixth grade were eligible to participate in the musical production of “Roald Dahl’s Willy Wonka Kids.”

Just like the teen drama camp, the turnout of participants was well over what was expected with about 50 children.

Suzanne Cagle, a volunteer at Brookhaven Little Theatre, says that it was easy to find other volunteers to help put on the show, since regular volunteers were eager to be back in the theatre.

The numbers from last month’s production met expectations. Cagle thinks that there will be a similar response of ticket sales for drama camp as well.

The production of “Willy Wonka Kids” will be a condensed version of the classic story by Roald Dahl. Unlike the Broadway musical, the BLT Drama Camp version will be less than an hour and cast entirely by children sixth grade and under.