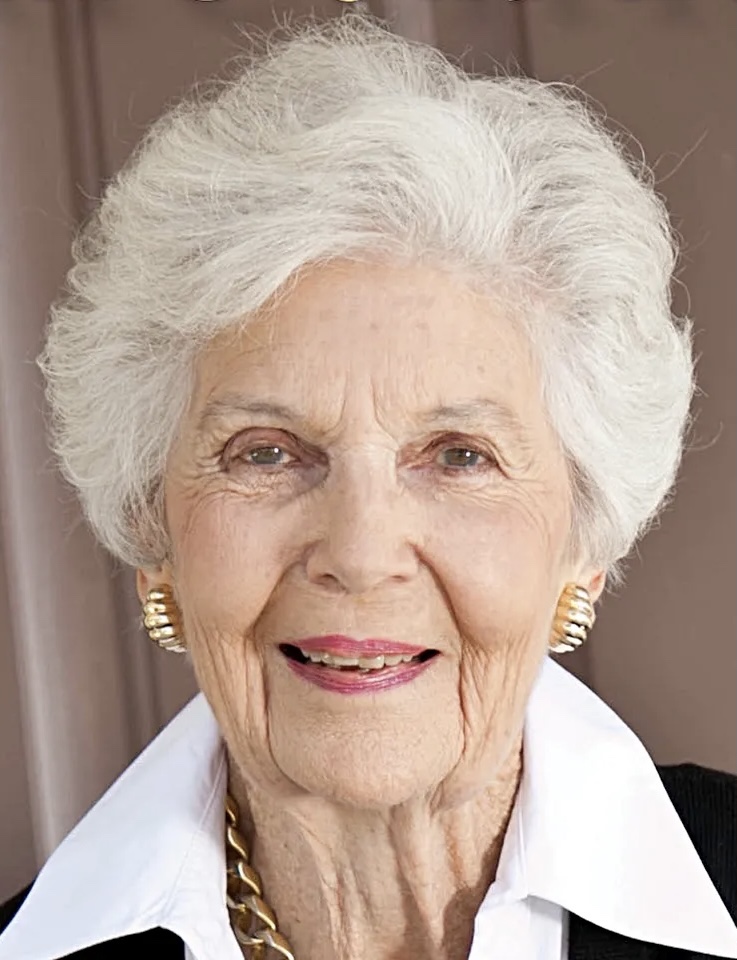 Elise Varner Winter, the widow of Mississippi Gov. William Winter, died July 17, 2021 in Jackson She was 95.

Mrs. Winter was an active partner in her husband’s administration, which set a new tone of inclusion and openness to change and brought about significant reforms in the state’s educational system. Friends said her grace, intelligence, and sense of duty were essential to the success of the administration.

Throughout her husband’s political career, she campaigned vigorously on his many successful runs for as he won many elective office in state government, including the governorship in 1979. At that time, the governor could serve only one term, and as first lady Mrs. Winter made a serious commitment to the people of Mississippi and to the governor to help him accomplish as much good for their state as possible during those few years. It was a job that demanded her careful, thoughtful attention and unflagging energy every single day.

She assumed her role as first lady at a transitional time for women, when the forces of tradition and change were pulling women’s in opposite directions, and she was a transitional first lady. While possessing the charm and domestic talents of a traditional southern first “lady of the house,” she also demonstrated a modern woman’s professional and purposeful approach to her job.

Although not a staff member, she had a seat at the governor’s staff meetings on policy and administrative decision making. According to Dick Molpus of Jackson, then Winter’s director of federal-state programs, Mrs. Winter was a “quick strategic thinker,” who commanded the attention and respect of the governor and his all-male staff.

She played a principal role in the governor’s efforts to reform the state’s educational system. Along with Governor Winter and his senior aides, the first lady led a statewide grassroots campaign to win the support of the public. She made hundreds of speeches, visited scores of classrooms, and explained the governor’s plans to thousands of people who attended nine forums held across the state. Though soft spoken and gentle, she would directly engage confrontational individuals when necessary to refute mistaken ideas.

In a special session, the Legislature overwhelmingly passed the historic 1982 Educational Reform Act, ensuring the state a system of kindergartens, compulsory attendance laws, and other improvements. Winter always said that no one worked harder for this achievement or experienced more joy in its passage than his wife.

To showcase the state’s cultural achievements Mrs. Winter coordinated an ambitious series of events, co-hosting with the governor many accomplished Mississippians for dinner and conversations at the Governor’s Mansion. These occasions featured artists, writers, and business and political leaders, including such luminaries as Eudora Welty, Leontyne Price, Walker Percy, Shelby Foote, Margaret Walker Alexander, and Willie Morris.

In addition to excelling as the governor’s hostess-wife, she was a conscientious steward of the Governor’s Mansion, designated as a national historic landmark.
She collaborated with state officials and specialists to develop its collection of antique furnishings and decorative arts. Under her supervision, Friends of the Mansion was organized, and supporters contributed generously to acquire historic artifacts for the Mansion.

Mrs. Winter took special interest in the state penitentiary inmates assigned to the Governor’s Mansion on a work release program. She was committed to teaching them skills they could use later and equally dedicated to helping them find jobs upon their release. One former inmate presented her a one-dollar bill from his first paycheck in gratitude for her confidence in him. She kept his bill always as a reminder of “the lessons about acceptance and compassion he and the other inmates taught me.” She recommended another inmate, Edgar Glover, for a position at St. Andrews Cathedral, where he subsequently worked for thirty years, beloved by the parishioners.

Her compassion for the workers at the Mansion extended to the prisoners at the state penitentiary at Parchman. She felt compelled to understand this world that was so far outside her experience but so important to the governor’s task as governor. She often left the comfort of the elegant governor’s residence to spend the day visiting the Parchman grounds and speaking with inmates and corrections officials. She advocated effectively for increased prison funding, better living conditions, and greater opportunities for inmates’ rehabilitation.

Left behind are several material results of her work. Her concern for incarcerated women in the overwhelmingly male prison led to the creation of a separate women’s prison in Pearl, Mississippi. She was responsible for getting a visitors center built for Parchman inmates’ families–finding the financing, planning, and working closely with the prison staff to have prisoners carry out the actual construction. These facilities, now expanded, are in use today,

Ever resourceful, she was equally interested in the rehabilitation of prisoners. Over the considerable doubts of prison officials, she succeeded in developing a vegetable garden, which provided work, training, and fresh food for the inmates year-round, She instigated the building of a greenhouse to grow bedding plants that could beautify the prison and the state building grounds in Jackson, while teaching inmates in a useful skill. The Parchman garden still grows, known now as the farming unit, and the greenhouse is a mainstay of the prison’s current rehabilitation program in horticulture.

Like the governor, Mrs. Winter brought to her position a deep appreciation for history. As first lady, she kept a journal of her daily activities and reflections, intending the information only as a historical record. She was eventually persuaded to publish it in 2015. Her book, Once in a Lifetime: Reflections of a Mississippi First Lady, reveals the extraordinary volume and range of her own activities and puts a human face on her husband’s work. Her story is grounded in devotion to her husband, love of family, and an abiding faith.

After leaving government service , Elise Winter became an essential driving force in the mission of Habitat for Humanity in the metro-Jackson area—as a founder, major fundraiser, life member of the board, and hands-on volunteer. She also served on the Habitat International Board. In 2012, the Jackson Habitat chapter awarded her its first Founder’s Award in appreciation for 25 years of service. “Habitat excites and inspires me in a way nothing else does,” she has said. “To see people whose need is so great and to know that there’s something you can do to help them—it touches your heart.”

Elise Winter was born May 9, 1926, to Mamie and William Elliot (John) Varner in the Senatobia, Mississippi. Her father was the town pharmacist and longtime mayor of Senatobia, and her mother was his bookkeeper and the strong guiding hand of Elise and her older siblings, Virginia and Joel. They lived with her maternal grandparents—three generations in a big, old house in the end of Main Street in Senatobia. After high school she attended Northwest Junior College in her home town and lived at home, transferring to Ole Miss as a junior.

At Ole Miss her brother introduced her to his roommate, William Winter from Grenada, a friendly young veteran of World War II and law student. She completed a bachelor’s degree in history, and at her mother’s insistence, earned a teacher’s certificate. As she began working toward a master’s degree, William won his first term in the state legislature.

They were married in 1950 and enjoyed an exciting first year of married life in Washington, D. C., where William worked in Mississippi Sen. John Stennis’ office. The following year, the couple returned to Mississippi and never left. William resumed his political career, and they built a family. Elise took the lead in bringing up their three daughters. In her later years, Mrs. Winter was frequently seen in her Jackson neighborhood taking brisk walks with her beloved schnauzer, Charlie Brown.

Words Mrs. Winter wrote in tribute to a deceased former Governor’s Mansion inmate worker, speak poignantly about her character as well: “[His service] made me realize again that social standing or economic status or sectarian creed or race does not make any difference in the sight of God—that we are his children and we must continue our miraculous journey together, learning to love one another as we go forward.”

Memorial contributions may be made to Habitat for Humanity, Mississippi Capital Area, 615 Stonewall, Jackson, MS 39213.

A memorial service will be announced at a later date once the dangers of Covid-19 have abated and it is safe to gather for a service. Condolences to the Winter family may be mailed to P.O. Box 427, Jackson, MS 39205.