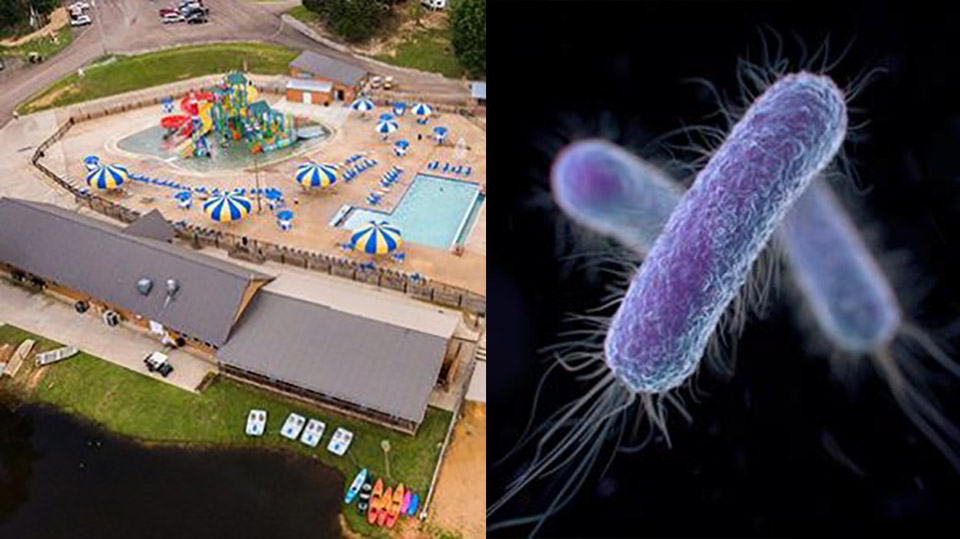 The Mississippi State Department of Health announced Monday afternoon it had identified several cases of E. coli 0157 infection associated with the use of the swimming pool and/or splashpad at the Jellystone Park Camp Resort, Yogi on the Lake in Pelahatchie.

The cases identified so far have exposure dates on the weekend of July 20-Aug. 1, though additional exposures may have occurred through Aug. 9. The pool and splashpad were closed on Aug. 9.

This is an evolving situation and MSDH is conducting an ongoing investigation to identify any additional cases. The management of the resort is cooperating with the investigation and response.

E. coli 0157 can be serious, especially in very young children and the elderly, and is associated with severe stomach cramps, diarrhea (sometimes bloody), vomiting and fever. Some individuals develop a severe and potentially life-threatening condition called hemolytic uremic syndrome. HUS occurs about one week after symptoms first appear, as they are improving, and can lead to kidney failure in some cases. Early symptoms of HUS can be associated with decreased urination and fatigue.

Symptoms of E. coli infection usually develop three to four days following exposure, but can be as early as one day and as late as 10. Outbreaks with recreational waters can occur when waters become contaminated by an infected person through diarrhea or fecal contamination, and other swimmers then swallow the water. Person-to-person transmission can also occur.

Persons who were swimming in the pool or playing at the splashpad at Yogi on the Lake in Pelahatchie from July 30 to Aug. 9 should consult a healthcare provider immediately is symptoms display, and tell the provider about the exposure.

Whether in the pool, hot tub, spa or water playground, people can protect themselves and loved ones by not swimming when sick with diarrhea, not swallowing the water, taking kids on bathroom breaks hourly, checking diapers and changing them in a bathroom or changing area rather than poolside, and showering before entering the water.