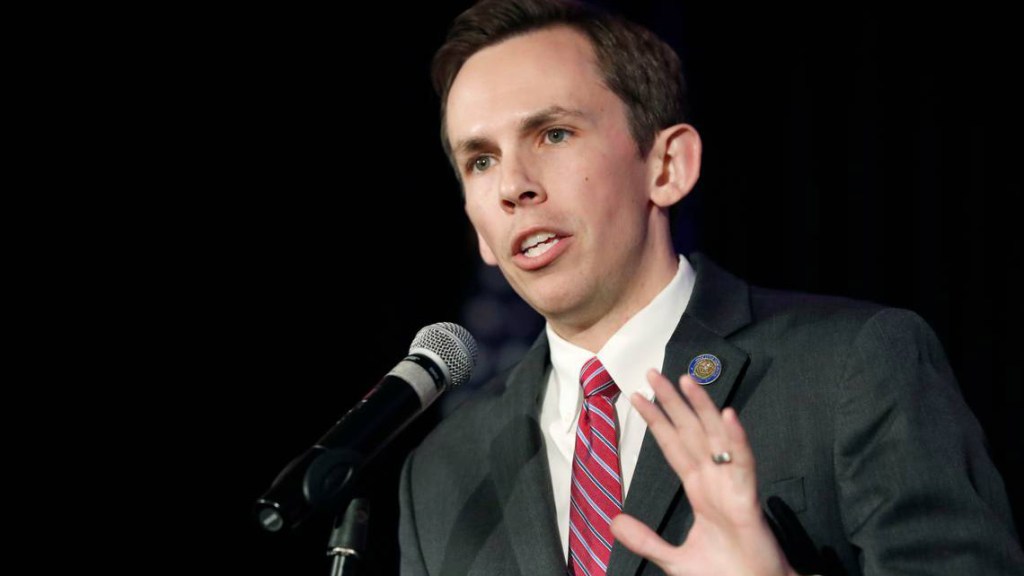 The office of State Auditor Shad White announced this week that it identified 400% more stolen and misspent taxpayer money for the past year than the year prior.

This is in addition to the $55.5 million a pharmacy benefit management company has agreed to pay the state after an investigation by White’s office. The office also returned nearly $900,000 to taxpayers during the past fiscal year, according to the Audit Exceptions Report for Fiscal Year 2021, released Monday afternoon.

“I want to thank the investigators and auditors for their tireless work this year,” White said. “Every ounce of credit for the work you read about in this report goes to them.”

State law requires the Auditor’s office to publish an Exceptions Report every year. An audit “exception” is a violation of the law or an accounting error resulting in the misspending of public funds. Not all exceptions listed in the report are criminal violations.

The report includes all new demands issued in the last fiscal year and updates on old, unsettled cases. The 2021 Exceptions Report is organized by county so taxpayers can easily search for cases near them and can be found online at the Auditor’s website under the “Reports” tab.

Suspected fraud or misappropriation can be reported to the Auditor’s office online any time by clicking the red button at www.osa.ms.gov or via telephone during normal business hours at 1-800-321-1275.

Below are exceptions in the report from Lincoln County and adjacent counties.

When the original demand was made, the state auditor’s office said the clerk had failed to reimburse the county for employee salary expenses from his office. Four county supervisors — Eddie Brown, Doug Falvey, Bobby Watts and Nolan Williamson — were each issued demands of $5,666 for approving salary of a chancery clerk employee, paid with county funds. Each demand included investigative costs and interest.

Investigators from the auditor’s office concluded the supervisors voted to pay these salaries, but Bishop failed to reimburse the county for over $125,000 in employee salaries from 2015 to 2018, according to the auditor’s office. This was discovered after a field auditor identified accounting irregularities during an audit of Lincoln County, according to a press release from White’s office.

“There is no money missing. It’s an accounting error, and all the money went where it was supposed to go,” Bishop said at the time.

“It’s critical that officials abide by spending rules. And taxpayers in the county should not be on the hook when an official doesn’t abide by the rules,” said White.

A report issued by the auditor’s office in August 2019 showed the demands from the supervisors had been paid in full, and Bishop said he had made the payments.

• Former Deputy City Clerk Kim Davis, City of Monticello, embezzlement, alteration of records, $41,856.79. Status: On Oct. 13, 2020, Davis was indicted for embezzlement and alteration of records. On Nov. 19, 2021, a formal demand in the amount of $41,856.79 was issued. For FY2021, payment form her bonding company was received, demand paid in full, and returned to the appropriate deserving entity.

• Former Department of Human Services daycare employee Jan Coleman, embezzlement, fraud, $10,187.53. Status: On June 7, 2019, a formal demand in the amount of $10,187.53 was issued. Coleman entered into a pre-trial intervention program after pleading guilty to one count each embezzlement and fraud. On March 22, 2021, this case was transmitted to the Office of the Attorney General. For FY2021, no payments have been received.

• Former Circuit Clerk Burnell Harris, misappropriation of funds, $857,966.42. Status: A formal demand in the amount of $877.966.42 was issued on Oct. 17, 2007. On that same day, Harris was found guilty of theft of federal funds, engaging in monetary transactions in property derived from specified unlawful activity, and tax evasion. Harris was sentenced to 72 months in prison, supervised release for three years, and restitution to the Office of the State Auditor in the amount of $447,086.07. For FY2021, payments in the amount of $4,000 have been received, leaving a balance of $514,612.59.

• Former Municipality of McComb Court Clerk Greta Patterson, embezzlement, $1,018,375. Status: On Dec. 14, 2015, Patterson pleaded guilty to embezzlement and was sentenced to 10 years MDOC custody, with eight years suspended and two years in the intensive supervision program. Additionally, Patterson was ordered to surrender her PERS retirement account, and ordered to pay restitution of $1,018,375. For FY2021, payments in the amount of $7,225 have been received.