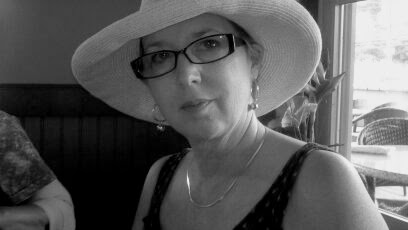 Caroline Peyton, songwriter, singer and actress, died in Nashville on August 11, 2021, of a neurodegenerative disease. She was born in Brookhaven, MS, on October 8, 1951, to Joan Johnson Peyton and Thomas P. Peyton, who was serving at the time in the Korean War. Caroline grew up in Charleston, WV, with her two sisters, Alice M. and Suzette. She began acting and singing as a young girl in local productions, such as “The Sound of Music,” “West Side Story” and “The Fantasticks.”

Caroline embarked on a career in music by the age of 19. In Bloomington, IN, where “Art Music” was burgeoning, she worked with Mark Bingham and Bob Lucas, releasing her first album, Mock Up, in 1972. She sang with bands and solo and went on to make several albums, ending with a tribute to her Mississippi roots with Homeseeker’s Paradise in 2015. Her vocal versatility was remarkable, from hard rock to opera to ethereal Irish music, showcased in Celtic Christmas Spirit, her album of sacred songs in English and Gaelic, which enjoyed great popularity in Ireland as well as the United States.

She loved the stage, playing Mimi in “La Boheme” for Joseph Papp and understudying Linda Ronstadt in the role of Mabel in Gilbert and Sullivan’s “Pirates of Penzance” in L.A., later assuming the lead opposite Andy Gibb and later Peter Noone for the U.S. tour. She made her Broadway debut in Galt MacDermot’s “The Human Comedy.” Caroline sang in several Disney animated movies, most notably “Beauty and the Beast,” “Aladdin” and “Pocahontas.”

Caroline sang professionally in many choirs, including St. George’s Episcopal in Belle Meade and the Episcopal Cathedral in Nashville, as well as with Schola Cantorum, Nashville’s premier vocal group. She worked with renowned conductors Robert Shaw and Helmuth Rilling.

She was preceded in death by her parents, Tom and Joan Peyton; and her brother, Jere. She is survived by her twin daughters, Caitlin (M.K. Thoth) and Jamie Harkin; her sisters, Alice M. Sherwood (Rob Sherwood) and Suzette Peyton (Gus Alden); her brother, Tommy; and an adoring host of nieces, nephews, aunts, cousins and friends.