‘I was expecting it to be much worse’: Ida leaves downed trees, power lines and relief in its wake 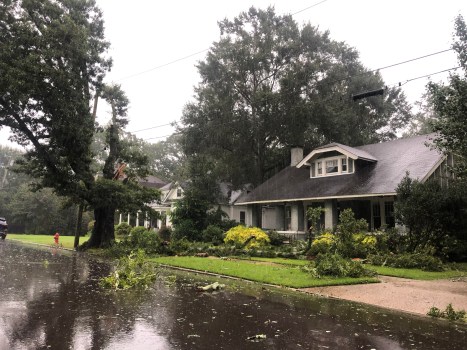 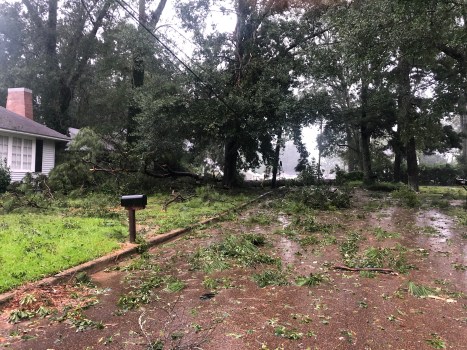 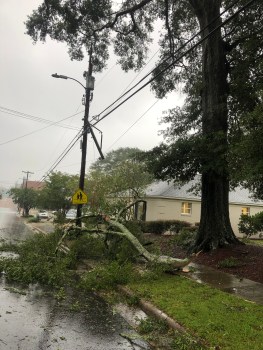 Downed limbs and damaged power lines along South Jackson Street were part of the damage left behind by tropical storm Ida. Despite widespread power outages in the county, parts of downtown Brookhaven still had power early Monday.

“I didn’t even know it had fallen until I walked out on my porch the morning and saw it in the yard,” said the Storm Avenue resident. “I never even heard it.”

Luckily, she said, the large branch missed her home by several feet. “But I’m worried about the tree by the street,” she added. “If it falls, it will block the street.”

Just one block over on Minnesota Street, a large tree did fall, blocking the street. The tree was downed by the winds and rains brought from the remnants of Hurricane Ida, which passed through Brookhaven and Lincoln County in the early hours of Monday morning.

The storm landed around midday Sunday on the Louisiana coast as a Category Four hurricane, laying a path of destruction through south Louisiana that left at least one person dead and the power grid in shambles. One of the most powerful hurricanes to hit the U.S. mainland, Ida weakened to a tropical storm overnight as it pushed into Brookhaven and Lincoln County.

“We dodged a bullet,” Jackson said. “I was expecting it to be much worse than it was, but this is definitely answered prayers.”

Like most residents in Lincoln County, Jackson had prepared for the storm’s arrival, as forecasts were predicting tropical storm force winds for the area. EMA Director Chris Reid said early Monday that trees and power lines were down throughout the county. As of 10:45 a.m., Entergy reported 3,739 outages in Lincoln County. Nearly 35% of the Southwest Electric customers in the county, some 1,330, were without power.

Despite a loss of power and the near-miss of a fallen limb, Jackson, who described herself as fiercely independent, maintained her sense of humor on Monday.

“You know, my husband and I have been married for 40 years and in all those 40 years of marriage, he has been away for every natural disaster that occurred,” she said, ticking down the list from the flooding in Jackson in 1983 through Hurricane Katrina 16 years ago.

“He’s been semi-retired and hasn’t really traveled in two years,” she added. “He left for Mexico to go on a consulting job on Friday …” 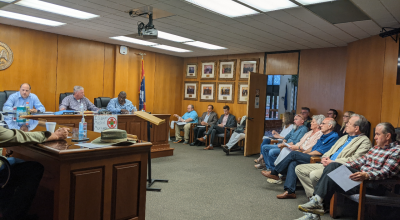 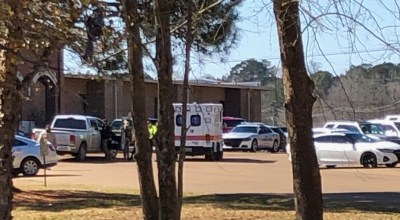