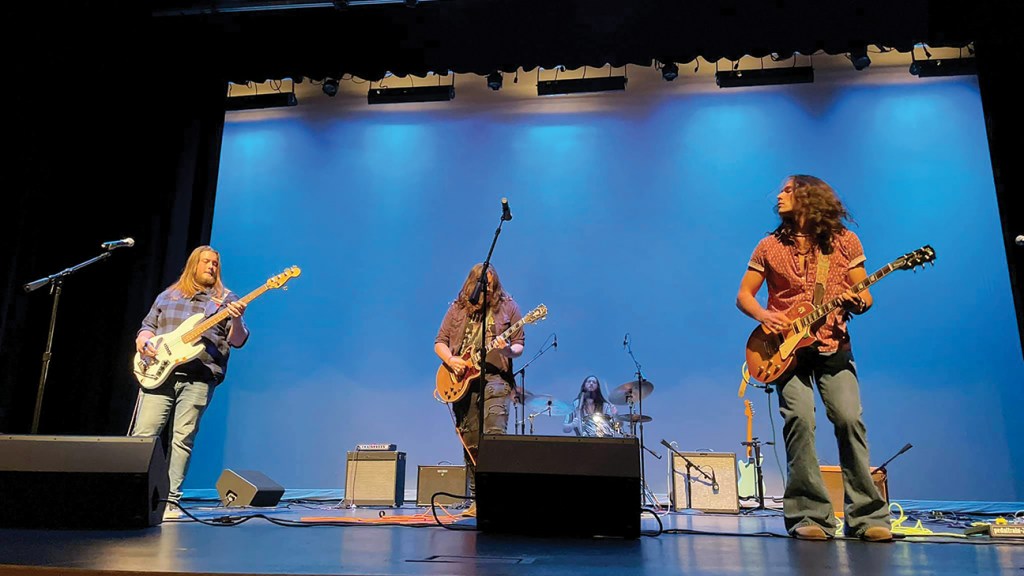 A Brookhaven-based band has won Rock Duo/Group Song of the Year at the 7th Annual Josie Music Awards and the top spot at Mississippi State University’s Battle of the Bands.

“I really was not expecting to have this award because there are so many talented people in this room,” Graves said in his acceptance speech. He thanked “the Lord above,” track personnel, friends and family, before apologizing to anyone he may have neglected to mention. “My mind is going in three billion different places right now, so if I missed you, I am so sorry!”

Graves closed his speech with comments on the hardships of the pandemic and thanking event founders for continuing to support independent music.

“This right here gives us hope,” he said.

Founded in Nashville by mother-daughter duo Tinamarie Passantino and Josie Passantino-Boone in 2015, the Josie Music Awards has quickly become one of the largest independent music awards shows in the United States.

Just a few days after taking home the Song of the Year award, Four Way Stop advanced to the final five in the online fan vote of MSU’s Battle of the Bands. The live finale took place on campus Sept. 24 with hundreds of attendees and a three-judge panel. In addition to “Wicked Woman,” the band played covers of “Hard to Handle” and “Whole Lotta Love.”

“This means open doors,” Graves said of the competition win. “There was a refined newness for us. It felt like the first time we had ever taken the stage.”