Funeral service for Mr. Robert Wayne Fuller will be 11 a.m., Friday, October 22, 2021, at Riverwood Family, with burial in Oak Grove Pentecostal Church Cemetery, Lawrence County. Visitation will be 5-8 p.m., Thursday, October 21, at Riverwood and will resume at 10 a.m. Friday before the service.

Mr. Fuller, 78, of Brookhaven, entered heaven on October 20, 2021, where family members that he missed dearly were waiting to greet him. He was born July 31, 1943, to Purvis Winfield Fuller and Eva Nell Hampton Fuller. Wayne was a “hard-working man” which began as a young boy, farming. He worked for many years at the lawnmower plant and later owned and operated East Lincoln Grocery. In his later years he worked at the Hazlehurst Mill. Wayne will be greatly missed by all who knew and loved him.

He is preceded in death by his parents; his infant son, Robert Wayne Fuller Jr.; sisters, Annelle McGuffie and Sylvia Fuller; and brothers, Kenneth Earl Fuller and Thomas Fuller.

He is survived by his daughter, Felicia Crane and husband, Jamie; sisters, Brenda Grice and Patsy Sullivan; two grandchildren, Patton Chase Crane and wife, Haley, and Robert Brady Crane and wife, Kristen; and the newest addition to his family, his great granddaughter, Ellie Caroline Crane; as well as other loving family members and friends. 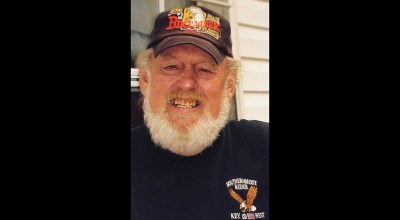