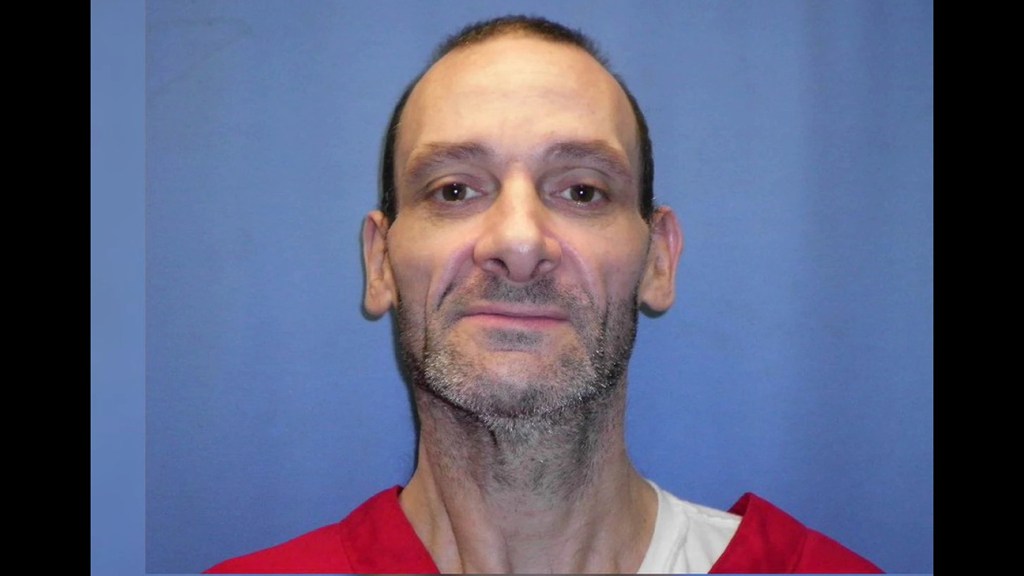 (AP) — A man who pleaded guilty to killing his estranged wife and sexually assaulting her young daughter as her mother lay dying was put to death Wednesday evening, becoming the first inmate executed in Mississippi in nine years.

David Neal Cox, 50, abandoned all appeals and filed court papers calling himself “worthy of death” before the state Supreme Court set his execution date. He appeared calm as he received a lethal injection. A coroner pronounced him dead at 6:12 p.m. CST at the Mississippi State Penitentiary at Parchman.

Cox pleaded guilty in 2012 to capital murder for the May 2010 shooting death of his estranged wife, Kim Kirk Cox. He also pleaded guilty to multiple other charges, including sexual assault. A jury handed down the death sentence.

Cox wore a red prison jumpsuit and was covered by a white sheet during the execution. Wide leather straps held him down on a gurney.

“I want my children to know that I love them very much and that I was a good man at one time,” Cox said just before the injection started. “Don’t ever read anything but the King James Bible.”

Cox thanked the state corrections commissioner, Burl Cain, for “being very kind to me. And that’s all I got to say.”

Cox appeared to take several deep breaths after the lethal chemicals started flowing through a clear plastic tube into his body, and his mouth moved some. He was pronounced dead within a few minutes.

Among those who witnessed the execution was Cox’s now 23-year-old stepdaughter. She was 12 when he sexually assaulted her three times in front of her wounded mother as he held them and one of her younger brothers hostage on the night of May 14 and May 15, 2010, in the small town of Sherman.

Mississippi carried out six executions in 2012. The state does not have any others scheduled among the more than 30 people currently on its death row.

States have had difficulty finding lethal injection drugs because pharmaceutical companies began blocking the use of their products to carry out death sentences.

The Mississippi Department of Corrections revealed in court papers earlier this year that it had acquired three drugs for the lethal injection protocol: midazolam, which is a sedative; vecuronium bromide, which paralyzes the muscles; and potassium chloride, which stops the heart.

Cain told The Associated Press on Tuesday that the drugs listed in the court records were the ones being used for the execution. He would not say where the department obtained them.

Cain, the onetime head of the Louisiana state penitentiary in Angola, witnessed several executions in that neighboring state before he took up his new role in Mississippi. He stood by Cox during the execution.

“You couldn’t make it more picture perfect than we had tonight,” Cain told reporters afterward.

A group that opposes executions, Death Penalty Action, said earlier that killing an inmate who surrendered all appeals would amount to “state-sponsored suicide.” The group had petitioned Republican Gov. Tate Reeves to block the execution of Cox, but Reeves’ spokeswoman said the governor declined to intervene because Cox admitted to “horrific crimes.”

Attorneys from the Mississippi Office of Capital Post-Conviction Counsel represented Cox in recent years. After the state Supreme Court set his execution date, Cox sent a handwritten statement strongly objecting to their continued involvement. The office director, Krissy C. Nobile, said Tuesday that after “considerable and difficult deliberation, and out of respect for David Cox’s autonomy and stated desire,” the office did not plan any more appeals for him.

Kim Cox’s father, retired law enforcement officer Benny Kirk, said David Cox called during the night of the attack and said he had shot Kim. Benny Kirk spoke on the phone with his daughter and she told him: “‘Daddy, I’m dying.’”

Police surrounded the house and tried to get David Cox to release his wife and the two children. Kim Cox was dead by the time the ordeal ended after more than eight hours.

The Associated Press does not usually identify victims of sexual assault but Cox’s stepdaughter, Lindsey Kirk, agreed to be interviewed and talk about what happened to her. She told The Associated Press last week that David Cox had sexually assaulted her for a few years when her mother was out of the house, and that he threatened to kill them if she told anyone.

While staying with her grandparents in the summer of 2009, Kirk texted her mother and told her of the assaults by her stepfather. Soon after that, David Cox was arrested and charged with statutory rape, sexual battery, child abuse and possession of methamphetamine. He was released in April 2010 without standing trial. Kim Cox obtained a restraining order against him, and she moved to her sister’s home.

Kim Cox’s family did not issue a statement after the execution.

Questions remained about whether David Cox was responsible for the 2007 disappearance of his brother’s wife, Felicia Cox, who was last seen in a neighboring county. Her daughter, Amber Miskelly, recently told news media that David Cox was the last person to see her mother alive. After the execution, Cain said David Cox had not spoken about his sister-in-law’s disappearance.

AP story by Emily Wagster Pettus. Pettus was a witness to the execution of David Neal Cox.