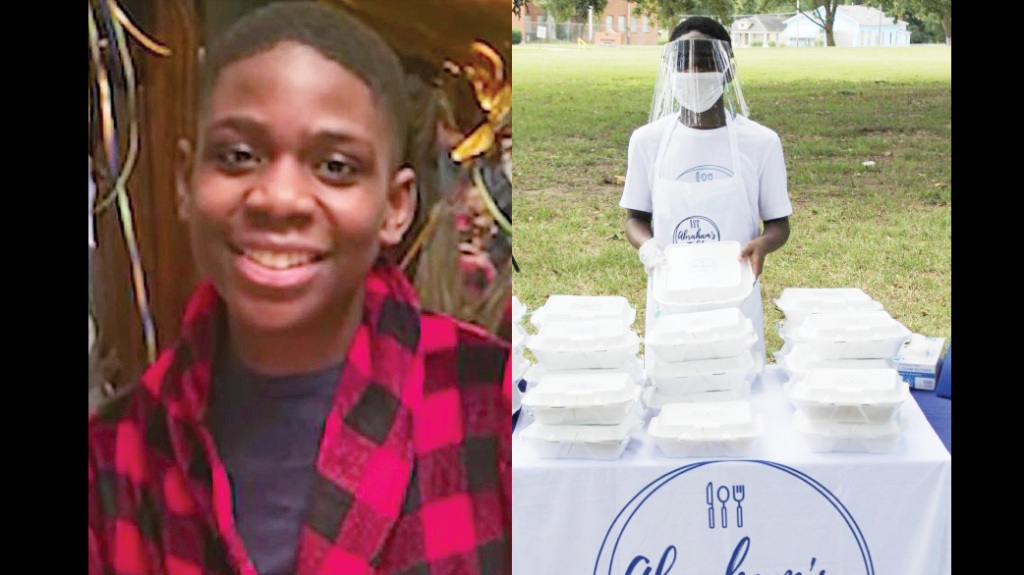 When life hands you a miracle, you can bask in its glow — or you can pay it forward.

Abraham Olagbegi of Mississippi was 12 years old when he and his family learned that without a bone marrow transplant, the rare blood disease he’d been born with might prove fatal.

Fast forward one year, one successful transplant, and an intense schedule of chemotherapy later, and Abraham is out of the hospital and his prognosis is promising — but that’s not the only good news.

Over the course of his illness, Abraham learned he’d qualified as a recipient for Make-A-Wish, a charitable organization whose purpose is to make the dreams of seriously ill children come true one wish at a time. Rather than something for himself, Abraham chose to show thanks for his good fortune by passing it along to others.

On their way home from one of his many doctor’s appointments, the Mississippi teen shared his decision with his mom, Miriam. The wish Abraham asked for was to feed the homeless in his area one day a month for an entire year.

While she couldn’t have been more proud of Abraham, Miriam did wonder if perhaps he wouldn’t rather have something for himself — like a PlayStation — but really, she wasn’t surprised by her son’s selflessness. Prior to his diagnosis, Abraham and his family regularly volunteered in their community handing out hot meals to the homeless.

“It was always a good thing to do, and that’s what I grew up doing that,” Abraham told local news media. “So, I go back to my roots to do what I was taught to do.”

“When he so easily gives to others at a time where everybody should really be supporting him, you just have to say, that’s a remarkable young man,” Linda Sermons, an assistant with Make-A-Wish Mississippi said.

On the third Thursday of each month, Make-A-Wish’s Mississippi chapter has committed to helping Abraham coordinate with local organizations and businesses to feed up to 80 homeless people in Jackson’s Poindexter Park. As of October, Abraham has helmed two successful “Abraham’s Table” events, distributing the donated goods to folks in need.

“When the homeless people get the plate, some of them would come back and sing to us and thank us,” Abraham told CBS News. “It just really feels good, it warms our hearts — and my parents always taught us that it’s a blessing to be a blessing.”

“We were excited,” Sermons said during the first event in September. “This is our first philanthropic wish in our 20-plus years of the chapter in the state. [It’s] a huge milestone for us, but also this is the first meal that Abraham is able to serve.”

While a dozen days of giving is admirable, when the year is up, Abraham plans to keep his mission going. “We’re very excited to be able to continue on this endeavor. It’s just so rewarding,” Miriam told CBS. “If I was out there on the streets, homeless, I would want somebody at some point to think of me and to do something special for me, so, that’s what I try to instill in my kids.”

Abraham still receives weekly checkups to monitor his condition, but he has faith in his future. “I am a person of hope,” he said. And as the type of person who not only has hope but gives it as well, he’s a true inspiration.