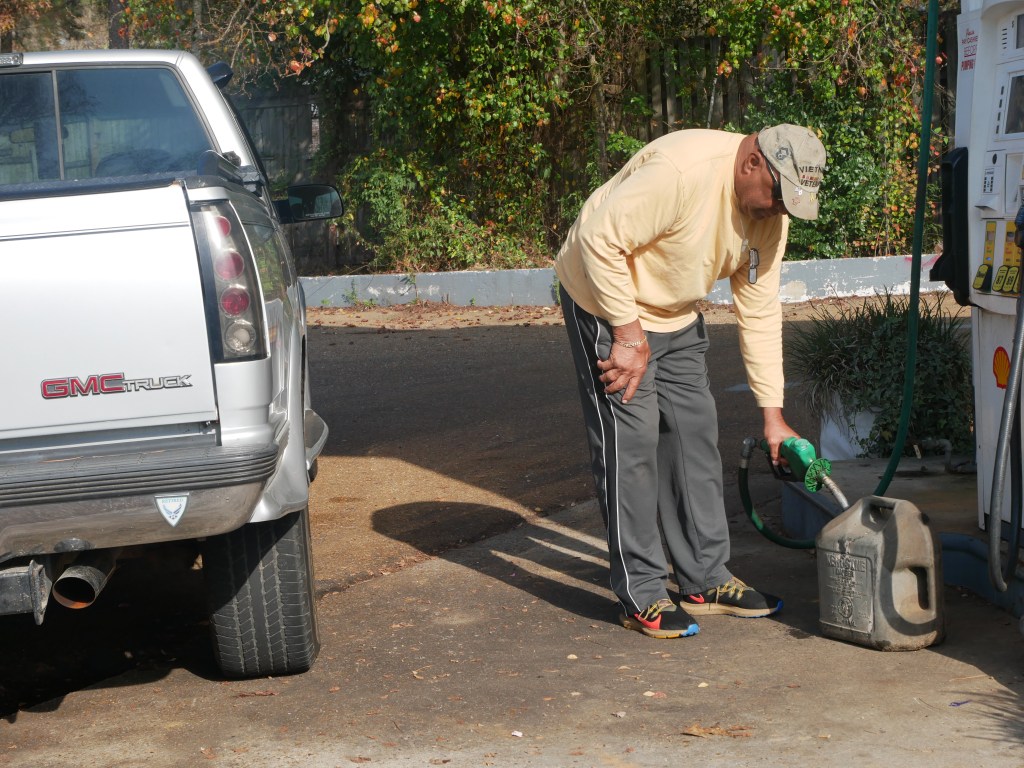 In the midst of record-breaking inflation and America’s return to foreign oil dependency, the price of gasoline has been on everyone’s minds as it thinned drivers’ wallets. As we all know, when gas prices go up, it’s usually because oil prices did, too.

Recently, those gas prices started dipping down, but not as much as many thought might happen. AAA said the state average fell 3 cents last week and 10 cents during November and December, but its analysts expected a faster tumble.

“That 20-30 cent drop we were anticipating, could be more like 10-20 cents,” said AAA’s Mark Jenkins. “Oil prices remain the main drivers of prices at the pump. So if oil prices increase again this week, drivers will again need to adjust their expectations,” Jenkins added.

AAA reported that the national average for a gallon of gas fell two cents to $3.33. “Gas prices tend to fall a bit this time of year due to the shorter days and less robust demand,” said AAA’s Andrew Gross said in a news release. “And this trend was assisted by the recent steep drop in oil prices due to fears over the omicron variant. But the variant’s impact on pricing appears to be fading, so it remains to be seen if oil prices stabilize or move higher.”

Regardless of gas taxes, the push for electric cars and other “green” ideas, today drivers simply have to deal with the price of fuel whether they like it or not. In Brookhaven, gas prices were finally falling below the $3 mark on Tuesday.

Retired Air Force Senior Master Sergeant Vernell Qualls of Bogue Chitto isn’t too worried. He said it’s nothing he can do anything about, so he doesn’t think too much about it. He does wonder, however, if there is some “fixing” going on by oil companies, but then shakes his head and said he doesn’t want to get political. “I’d just rather stay right out of that,” he said as he filled a gas can on Highway 51 Tuesday morning. “Yep. Just leave me out of all that.”

He did say that though high gas prices weren’t a bother to him too much, he does understand how it could be a problem for others. “It really puts the squeeze on those who can’t afford it,” he said, shading his eyes from a relentlessly bright sun on Tuesday in Brookhaven. “So, yes, naturally I worry about it for others.”

Crude oil accounts for more than half of the cost of gas at the pump, according to the U.S. Energy Department, and that price is largely determined by supply and demand worldwide. Consumers pay additional costs for blending ethanol and other additives, as well as for distribution and marketing, Reuters reported in a recent story. About 17 percent of the cost comes from taxes: federal is 18 cents and average taxes and fees per state is about 30 cents. In Mississippi, the fuel tax rate is 18.4 cents per gallon

Though President Joe Biden said June 14 that he was against a new gas tax to be used to pay for his new “infrastructure bill,” a “pilot program” is contained within the “Infrastructure Investment and Jobs Act.” The program would incorporate a national motor vehicle per-mile user fee pilot to see if it is feasible to charge drivers per mile traveled, with a goal to test whether this kind of user fee would replenish the coffers of the long suffering Highway Trust Fund used to improve and maintain the surface transportation system.

Marc Goldwein, senior vice president and senior policy director at the nonprofit Committee for a Responsible Federal Budget, told USA TODAY Sept. 30 that he thinks everyone is on board with going from a gas tax to a use tax. “I think almost everybody understands, even the opponents of doing it now, that at some point we’re going to have to transition from charging people based on gas used to miles traveled,” he said.

There is also chatter about claw change so that gasoline taxes are bound with inflation, so that when inflation rises, so does a federal gas tax.

A recent report by Total Spectrums, a political strategic group that focuses on impacting public policy, stated that “had the gas tax been indexed to inflation when it was last          raised, the gasoline tax would now be more than   30 cents a gallon and the 24.4 cent-per-gallon diesel           tax would be      about 40           cents,” according to Congressional Budget Office projections.