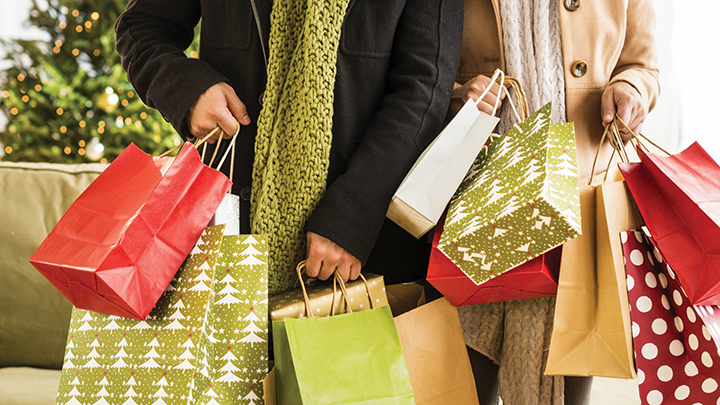 Whether in store or online, American retailers had a good Christmas holiday. So did recipients, it would seem.

Stop by the Brookhaven Walmart today and you might notice something strange for an after-holiday atmosphere: There were no lines at the Customer Service desk, at least on Wednesday. A lone representative stood ready to help those with Christmas returns, but she mainly dealt with regular returns from the occasional shopper.

Typically, the largest retailer had something of what seemed like an obstacle course set up for customers returning unwanted or wrong-sized gifts. Not this year. That might be because shoppers took more time on their decisions, shopped early because of shortages or depended on giving more gift cards so recipients could make their own gift charges. Or it could be all three.

No matter the reason, many retailers found that purchases were up, no matter the means of giving. Take Brookhaven’s PJs Coffee on Brookway Boulevard, which sold “lots and lots” of gift cards this season. A Walmart representative in the retailer’s entertainment section said they’d seen few returns, but a great deal of gift card purchases during the holiday.

The Associated Press reported Dec. 26 that the National Retail Federation said early in December that “holiday sales were on track to beat its already record-breaking forecasts for an increase of 8.5 percent to 10.5 percent compared to the year-ago period.”

But this year, Mastercard SpendingPulse, which measures overall retail sales across all payment types that includes cash and check, reported Sunday that shoppers splurged on jewelry and clothing this year, as opposed last year’s holiday sales that “increased 8.2 percent when shoppers, locked down during the early part of the pandemic, splurged on pajamas and home goods, mostly online.”

Even though shoppers were dealing with higher prices and product shortages, holiday sales rose the fastest in 17 years, Mastercard’s report showed. Not even a new variant of COVID-19 slowed sales down.

Mastercard SpendingPulse had expected an 8.8 percent increase. The results, which covered Nov. 1 through Dec. 24, showed holiday sales up 10.7 percent compared with the pre-pandemic 2019 holiday period. By category, clothing rose 47 percent, jewelry 32 percent and electronics 16 percent. Online sales were up 11 percent from a year ago and 61 percent from 2019. Department stores registered a 21-percent increase over 2020.

Many consumers seemed to turn to online shopping and gift card purchases rather than head out to their local stores. However, sales remained strong, senior Mastercard adviser Steve Sadove said. “I feel really good about how the season played out,” he said “When people feel a little bit uncomfortable, you’ll see a little bit of a pickup in online and a little bit of a slowdown in store performance.’’

The National Retail Federation’s mid-January report will give further insight to the broader picture of the season’s spending. The nation’s largest retail trade group’s initial report focused on a combined two-month results based on an analysis of the November and December sales figures from the U.S. Commerce Department. “Analysts will also be dissecting the fourth-quarter financial results from different retailers that are slated to be released in February,” the Associated Press stated in a story.

Analysts had expected a strong holiday season due to so many consumers starting their shopping early, thanks to worries about shortages. Shoppers seemed determined to enjoy a broader holiday celebration as well since the pandemic pushed so many into avoiding get-togethers once again.

Holiday sales have averaged gains of 4.4 percent over the past five years, according to the report. For the week that ended Dec. 18, store traffic was up nearly 20 percent from a year earlier, though down 23 percent from the same week in 2019 pre-pandemic year, according to Sensormatic Solutions. Sensormatic noted shoppers are still going to retail stores, but now favor “open-air shopping centers and outlet malls more than enclosed shopping centers.”

However, consumer prices rose 5.7 percent during the past year, the fastest pace in 39 years, according to the Commerce Department. Almost 30 percent of all retail sales this year were online, according to the Mastercard report. In 2019, online sales accounted for just 14.6 percent of all retail sales. ShipMatrix reported that just about all packages delivered this year by UPS, FedEx and the United States Postal Service arrived on time.