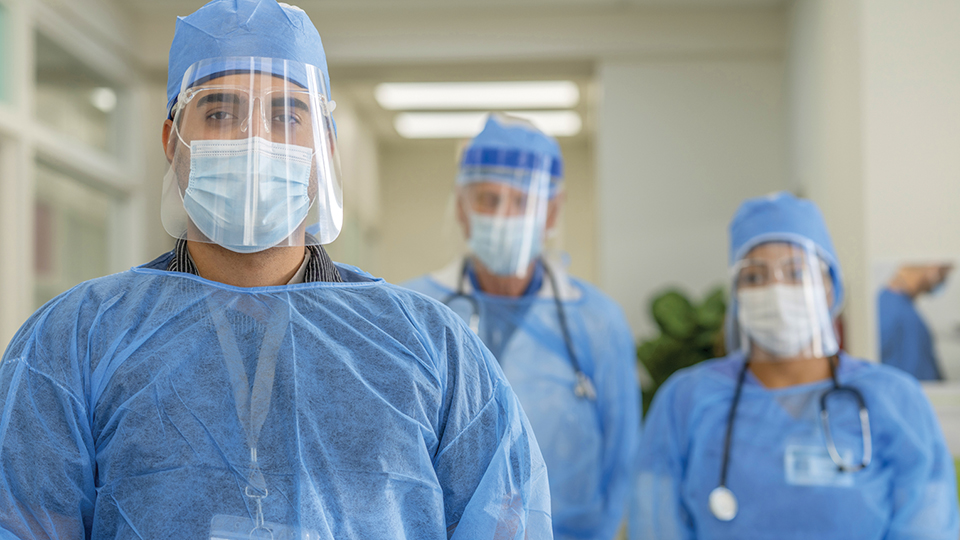 Nearly 75 percent of positive COVID-19 tests in Mississippi reflect Omicron infections, the Mississippi Department of Health reported Jan. 7 in a press release. State health officials say they now fear weeks of more infection and underscore the opinion that being up-to-date on COVID-19 vaccinations could help protect against the most severe cases.

“We know we’ve got some weeks ahead of us of severe stress, and the health system especially, is going to be going through a lot of pains,” State Health Officer Dr. Thomas Dobbs said during a Friday press conference.

State Epidemiologist Paul Byers said that while an Omicron infection does produce milder illness than the Delta variant, the sheer number of cases the state is currently seeing will translate to increased hospitalizations and deaths in the coming weeks. This problem is almost certain to be exacerbated by the low number of monoclonal antibody and antiviral pill treatments the state is receiving.

As of Friday, only 11 ICU beds were available across the state’s level one and two hospitals. During the past week alone, the number of hospitalized COVID-19 patients increased 64 percent and the number of those patients on ventilators has increased by 50 percent.

Some Mississippi patients have had to be transferred out of state since the Omicron wave began due to the lack of open, staffable beds. If this wave of infections overwhelms the hospital system like Delta, health officials said it’s unlikely the system will be propped up by the travel nurses and field hospitals utilized during that wave.

Dobbs also urged Mississippians to avoid going to already overwhelmed emergency rooms for COVID-19 testing. Many have gone to an ER for testing in recent weeks, as they were unable to purchase an at-home test or schedule one at a clinic or testing site over the holidays. “We’ll do what we can from a health department perspective, but please understand that emergency rooms are for emergencies,” Dobbs said.

The state is getting 50,000 additional rapid antigen tests this week, and is expanding the number of testing slots and locations when possible.

Most of the cases Mississippi is seeing during the omicron wave are among younger individuals, with the most rapid growth in the 25-39 age group. The most severe illness is occurring in those aged 65 and older. The majority of hospitalizations and 65 percent of the deaths seen in January have occurred in this age group.

As of Friday, 19 children diagnosed with COVID-19 are hospitalized at Children’s of Mississippi, the state’s only hospital specifically for kids and teens. Four of those patients are in intensive care and two are on ventilators.