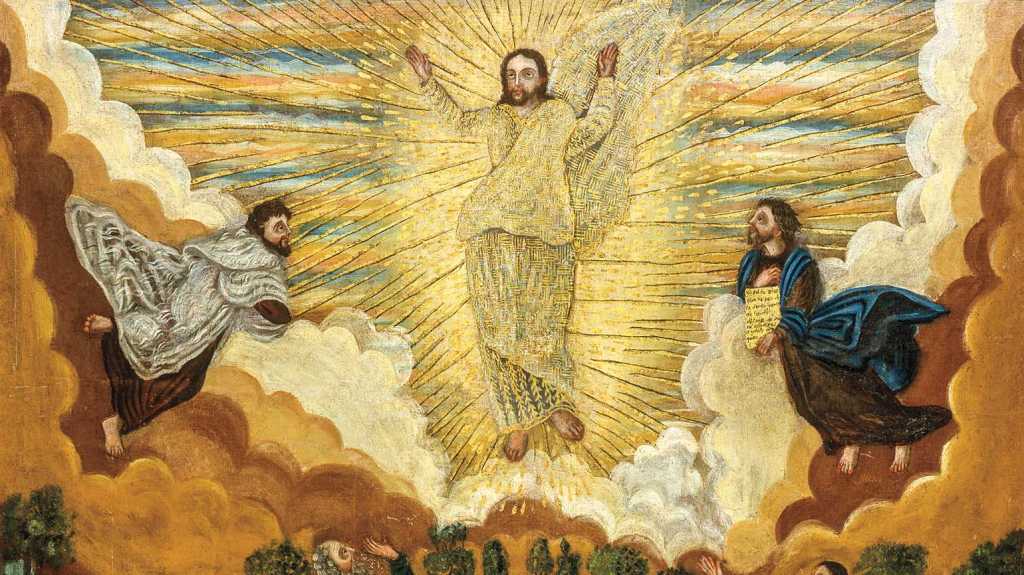 “Now after six days Jesus took Peter, James and John, and led them up on a high mountain apart by themselves; and He was transfigured before them. His clothes became shining, exceedingly white, like snow, such as no laundered on earth can whiten them … Now as they came down from the mountain, He commanded them that they should tell no one the things they had seen, till the Son of Man had risen from the dead.” — Mark 9:2-3, 9, NKJV

There is a lesson here for us as well. When we have a tremendous Spiritual experience (called a mountaintop experience because of these verses) we should not be quick to speak to others of what we have seen and heard. Like Peter, James and John, we are likely to be overcome by the power of our encounter, and unable to correctly relate our experience for some time. It is only after we have come down from the mountain and understood (as far as it may be understood) that we are able to share with others what has happened to us.

The three with Jesus who witnessed His transfiguration, were bewildered and overcome with fear at the sight of His Glory, accompanied by the presence of Moses and Elijah. Imagine, if you can, the impact of suddenly seeing a light brighter than snow, and clothed by that light is Jesus, talking with Moses and Elijah, and finally to have God speak from a cloud saying, “This is My beloved Son. Hear Him” (v. 7b).

No wonder they were awestruck, and without words to express their feelings, let alone to correctly describe to others what they had witnessed. Because they didn’t understand, and because of their fear, they offered to build tabernacles for Jesus, Moses and Elijah (v. 3), a flawed plan, since Jesus had laid aside His glory, and Moses and Elijah had vanished.

Peter, James and John saw and heard things that few, if any, have ever experienced. They saw Jesus in His Glory, they saw Moses and Elijah, two of the all time greatest men in Jewish history, and they heard God speak from the cloud.

Theirs is a story that should be told, in fact it has been told in this account by Mark and again by Luke in his gospel. I like to think that these three apostles had occasion to share with Jesus and each other, what they saw and heard on the Mount of Transfiguration.