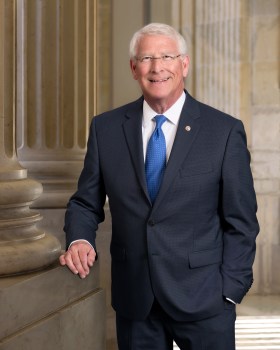 U.S. Senator Roger Wicker, R-Miss., voted Wednesday against two proposals from Senate Democrats that would have forced a federal takeover of elections on a narrow partisan basis and virtually eliminated the 60-vote threshold to advance legislation in the Senate.“President Biden and national Democrats attempted to take over our federal election system with a razor-thin Senate majority,” Wicker said in a statement. “Along the way, they have attacked sensible state election integrity laws and spread reckless falsehoods that needlessly raised the temperature of our politics.

“In a last ditch attempt to pass their partisan agenda, the president and his party sought to toss aside two centuries of sound precedent and eliminate the consensus building 60-vote requirement for this legislation. This requirement has stood the test of time and separates us from the rest of the world as a beacon of reason and unity.”

Wicker added that he was pleased Senate Republicans and two Democrats “stopped this assault on the Senate and our election system. Americans can be grateful that cooler heads prevailed, allowing the Senate to remain a guardrail against election takeovers, socialism, and extreme ideas of all kinds.”