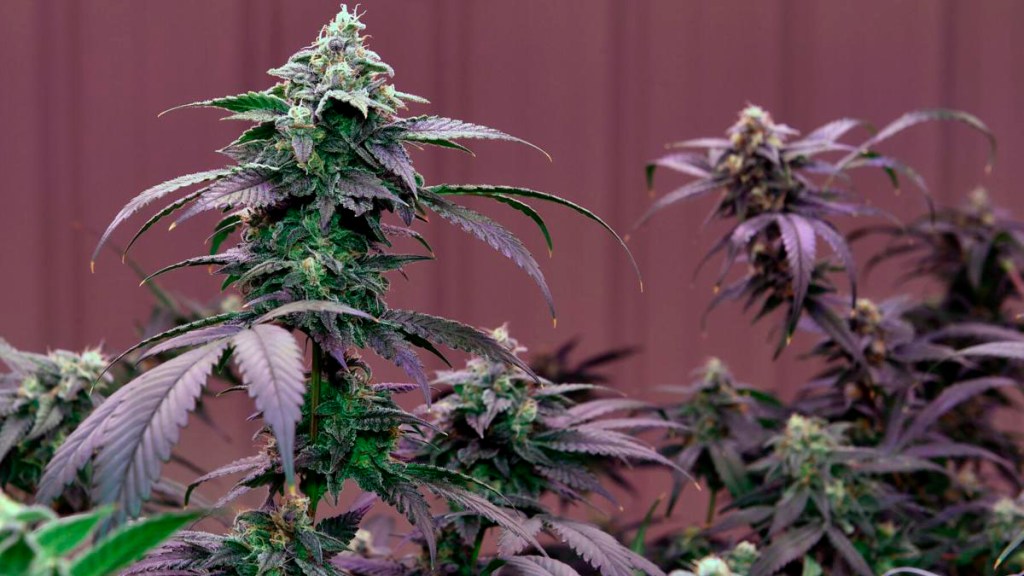 After concerns that have placed the measure back and forth through several adjustments, the Mississippi House of Representatives finally passed on Wednesday in a 104-14 vote an amended medical marijuana legalization bill that Gov. Tate Reeves just might value.

That means that later this year there could be in place a system to regulate and sell cannabis to registered patients. However, that will only happen if the Senate and the governor hop on board.

Though the Senate passed a legalization measure last week, Reeves had threatened a veto if the draft remained as is, though it goes against the 2020 voter-passed legalization initiative voters made as a sign of strong support for compassionate use of marijuana.

“The people spoke and voted for medical marijuana,” said District 92 House Rep. Becky Currie. “As a registered nurse and a nurse [who] takes care of the elderly and dying, [my opinion is that] if this can ease their pain, I am all about making patients comfortable. If a child can get relief from seizures, I am all about helping them.”

The Mississippi Supreme Court overturned the broad legalization initiative voted on in November 2020 on procedural grounds, eliminating the state’s entire initiative process. A poll released in June found that a majority of Mississippi voters support legalizing marijuana for both medical and recreational use.

Tighter restrictions seem to be the main issue with those opposed to the legalization measure. Opponents say they don’t want marijuana use to become recreational by law.

“…We must remember this is a medical bill,” Currie said. “You must have a prescription from your doctor or nurse practitioner and have a valid patient relationship with them. This is not recreational.”

The House legislation allows patients with qualifying medical conditions to purchase the equivalent of 3.5 grams of marijuana (or 1 gram of cannabis concentrate) per day, with a maximum monthly limit of 3 ounces, Ben Adlin wrote on the Marijuana Moment website. Another amendment would remove the state Department of Agriculture and Commerce from oversight of the industry, instead handing that role to the Department of Health.

The new plan puts no limit on the number of licensed businesses, but allows local governments to impose zoning restrictions or even opt out of the law entirely within 90 days. Voters would have the option to later challenge that decision.

Another House amendment states that cannabis cultivators and processors, which under the Senate bill could only be located in areas zoned for agricultural and industrial use, could locate in commercial-zoned areas.

Despite the governor’s past opposition to medical marijuana bills, Reeves indicated this week he’s feeling more positive about the latest bill, noting that he heard this was the 46th version of it. “… The good news is, as each version is written, the bill gets better,” Reeves said Tuesday on a Mississippi morning radio show.

He referred to what he saw as positive provisions in the current bill that reduce purchase limits, allow law enforcement to perform background checks on potential business owners, impose restrictions such as mandatory parental consent for patients under 18, required recommendations from two health care practitioners for patients between 18 and 25, and establish a nine-member advisory committee to advise on issues such as patient access and industry safety.

“Medical marijuana prescriptions will not make marijuana any more available in MS than it already is,” District 91’s Bob Evans said. “It will just make it possible for persons with specified illnesses to, hopefully, obtain, with their doctor’s advice, relief from otherwise intractable pain and suffering. And they won’t have to break the law to get that relief.

“The Senate version, with some slight House changes, passed the House yesterday by a very large margin that, if retained, would easily override any veto by [the] governor,” said Evans. “I voted for its passage just like I did on the original voter initiative itself. While I realize that some have qualms about ‘legalizing marijuana,’ amounts under 30 grams have been decriminalized in Mississippi for many years. Decriminalized means that someone simply possessing less than 30 grams (about an ounce) of marijuana (cannabis as it is referenced in the subject bill) pays a fine but is not subject to jail time.

“Since I voted both for the original initiative and the bill itself, my feelings about the bill are obvious,” Evans continued. “If medical doctors decide that someone with a specific illness can be helped with a prescription for medical marijuana, I have no problem with that. Those doctors prescribing medical marijuana will be the same ones who we now trust to prescribe much stronger and more dangerous drugs. Trusting them to prescribe very powerful (and dangerously addictive) opioids as we have done for decades and not trusting them to make the same decisions pertaining to medical marijuana, the generally-recognized side effects of which are hunger, torpor and, perhaps, lethargy, is nonsensical.

“As to the oft-heard argument that marijuana is a ‘gateway’ drug that invariably leads to stronger substances, I am an example that there is an exception to every ‘rule.’”

State-issued patient registration cards would cost $25, though some people could qualify for a lower price. Those registered patients would be subject to purchase limits that would restrict them to no more than one “medical cannabis equivalency unit” per day, which the bill defines as 3.5 grams of cannabis flower, one gram of concentrate or up to 100 milligrams of THC in infused products. However, Reeves said last year the program should allow only half those amounts.

Patients or caretakers would be forbidden from growing their own cannabis under the proposal. Products from state-licensed companies, meanwhile, would be limited to 30 percent THC for cannabis flower and 60 percent for concentrates. Medical marijuana would be taxed at a wholesale rate of 5 percent, and purchases would also be subject to state sales tax.

Smoking and vaping cannabis in public or in motor vehicles would be illegal, and it would remain a crime for patients to drive under the influence.

The program could be up and running, at least in limited form, by the end of this year. Licensing would begin 120 days after the bill’s passage, with the first licenses issued within a month.

Cannabis businesses may have to get local approval to operate, and in general, local governments could not ban medical cannabis businesses outright or “make their operation impracticable,” the bill says. However, a separate provision would allow local governments to opt out of the program altogether within 90 days of the bill’s passage. In such cases, citizens could then petition to put the question to a vote.

The House rejected expungements of criminal convictions for cannabis activity and capping excise taxes at 5 percent. Another rejected amendment would have extended the bill’s ban on lawmakers having an interest in cannabis businesses to a period of four years, instead of until December.

The bill needs a three-fifths supermajority support in both chambers to make its way to Reeves’s desk.