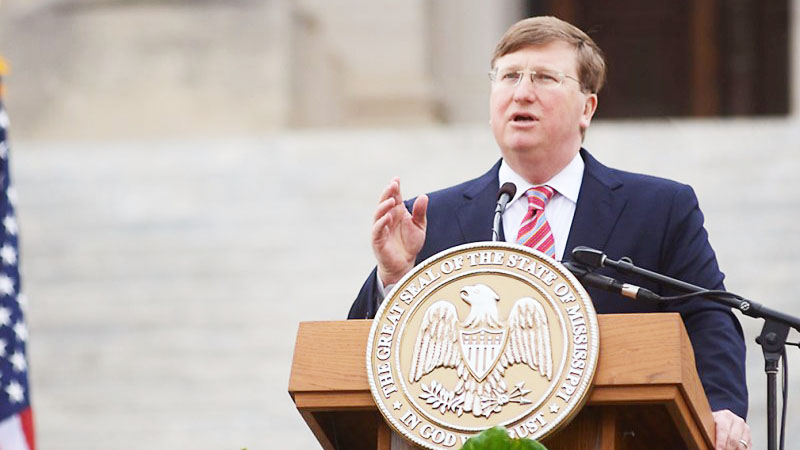 (AP) — Mississippi Gov. Tate Reeves has a Monday deadline to sign a bill that redraws the boundaries of the state’s four congressional districts to account for changes in population.

The Republican governor has said he agrees with the plan in House Bill 384, which was passed by the Republican-controlled state House and Senate.

After he signs the bill, the NAACP or other opponents could ask a federal court to consider whether the new districts dilute the influence of Black voters.

The plan expands the territory of the state’s only majority-Black U.S. House district because the 2020 census showed the district — the 2nd — lost population during the previous decade. But it does so in a way that the incumbent, Democratic Rep. Bennie Thompson, did not want.

Thompson is Mississippi’s longest-serving current member of Congress, having held the 2nd District seat since wining a 1993 special election. The district stretches through the Delta and into the city of Jackson.

Thompson said he wanted to expand the district but still keep it relatively compact by taking in more of the densely populated Jackson metro area. That proposal is also favored by the state NAACP. Instead, the plan gives the 2nd District about 40% of the state’s landmass by moving four sparsely populated southwestern counties — Franklin, Adams, Wilkinson and Amite — into the 2nd District from the 3rd.

The 3rd District stretches diagonally across the central part of the state. The seat is held by Republican Rep. Michael Guest, first elected in 2018.

Legislators said the goal is for each of the four congressional districts to have about 740,020 residents.