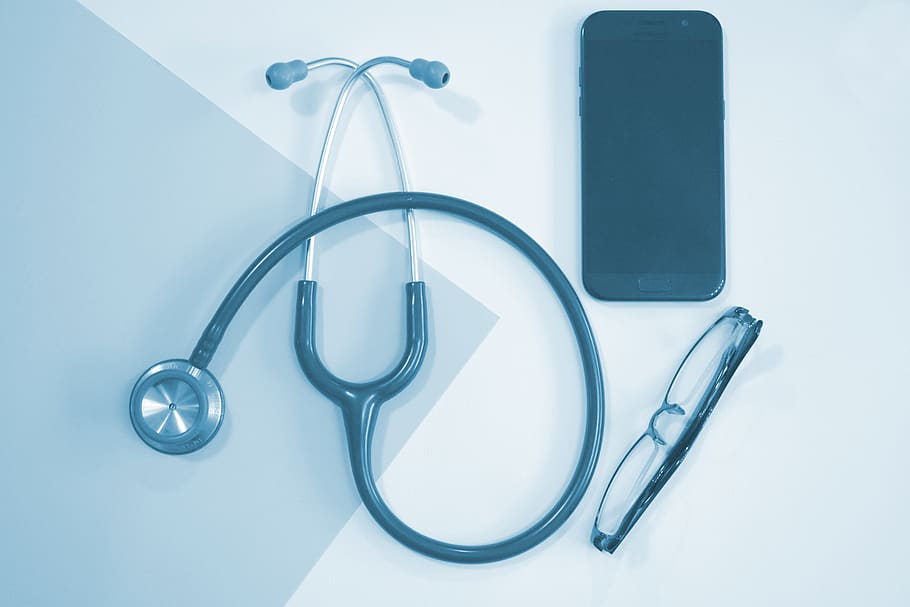 Aubree Jordan of Madison has suffered from endometriosis since she was in middle school. She was a regular patient at The Woman’s Clinic in Madison, and saw her doctor up to five times a year.

But after a surgery at the clinic as a college student, she incurred a bill she was slowly paying as she was able. Before she could, though, she said she received a letter from her doctor stating she couldn’t come to her upcoming appointment until the bill had been paid in full.

Jordan’s experience was not a unique one — and certainly not at The Woman’s Clinic, where triage nurses review patient records and play interference. If the patient has a past due bill, nurses alert the billing office, and an employee then calls the patient and asks for payment before a nurse can return her call. This holds true even in cases where the patient has indicated on the phone prompt that their call is an emergency.

The clinic administrator for The Woman’s Clinic did not respond to Mississippi Today’s requests for clarification on the clinic’s policies.

According to experts, this practice is not illegal and may be happening more and more often. And it is not just limited to this provider, as evidenced by testimonies from multiple women who spoke with Mississippi Today and use other clinics.

“My understanding is there’s no common law duty or even an ethical imperative outside of the Emergency Medical Treatment and Active Labor Act (which applies only to hospitals) that requires a physician to treat every patient,” said Roy Mitchell, executive director of the Mississippi Health Advocacy Policy Program, which works on health policy issues and advocates for consumers, especially those who are low income.

But rising health care costs and the added complications of insurance reimbursements have brought the issue to the forefront, Mitchell said.

“Do physicians have a duty to treat? Yes, but only on a professional, altruistic level without any legal force at this point,” he said.

Ken Cleveland, the executive director of the Mississippi State Board of Medical Licensure, said in a statement to Mississippi Today it would be impossible to determine whether any violation occurred without a complete investigation.

“Typically, the Board does not get involved in billing issues. However, the situation you described (Jordan and others’ experience) might merit further investigation if a formal complaint was filed,” said Cleveland.

Charles Miles, the past president and current member of the Board of Medical Licensure, was more forthcoming.

“That’s not right,” Miles said after hearing about the patients’ stories. “I was in OB-GYN (obstetrics and gynecology), and that’s not how we do things.”

Endometriosis is a painful condition that occurs when tissue similar to that which normally lines the inside of the uterus grows outside the uterus. When Jordan was a young teen, her doctor prescribed her a contraceptive that helps control the growth of the tissue and the pain associated with it.

But after two surgical procedures in subsequent years, Jordan, then a full-time college student with a part-time job, was struggling to pay off her bill at the clinic.

One day in 2017, the same year she had her laparoscopy, she received a letter from her doctor via certified mail at her family’s home — and was startled by the method of delivery.

The letter said that unless she was able to pay off her balance, which she remembers as being less than $2,000, she would be unable to come to her upcoming scheduled appointment. She had been expecting to get refills of her prescription at that visit.

“I called them up at the office and said, ‘Look, I cannot stop my birth control — (my doctor) has me on a particular birth control that makes my endometriosis not flare, and I can’t just stop taking it,’” Jordan, who is now 26, said.

She said her doctor had also prescribed her an antidepressant following her father’s death  — another reason why money was tight for her family at the time.

Clinic employees didn’t offer her a payment plan and said her balance had to be paid in full to continue seeing her doctor. Jordan said she then wrote her doctor a letter and mailed it to him. Days and weeks passed, and she never heard back.

She eventually found a new OB-GYN, but there was a wait before she could be seen. The ordeal resulted in her going months without the medication she’d been taking for the condition she had since she was in middle school.

As expected, the endometriosis worsened.

“As soon as they (the new doctor) got me in, I was doubled over in pain,” she said. “They finally scheduled my surgery. I was missing classes because I was in so much pain.”

The policy is still in place at The Woman’s Clinic, which is an independent, private practice that rents space from Baptist Memorial Hospital and uses the hospital for admission of patients.

Jacqueline Rudder, also of Madison, was shocked after she called her doctor during a medical crisis in early January 2022. Just as the menu prompt directed her when she called, she pressed “1” to indicate it was an emergency and left a message with the nurses’ station.

Within minutes, she said she got a call back from someone in the clinic’s billing department.

“The lady told me, ‘You cannot talk to a doctor or a nurse until you settle your balance,’” Rudder said. “I wasn’t even aware of the bill at the time and would’ve been happy to pay.”

She later went and found the bill in her mail. It was $51 and did not have a payment due date until next month.

Rudder called the billing department back the following week to ask them to clarify why that happened to her. Mississippi Today obtained a recording of the call, during which a billing employee told Rudder that is their procedure.

“According to our procedures, we have to try and take care of the balance before the nurse can call you,” the employee told her in a robotic voice. “The doctors come up with our procedures.”

Several other women, some of whom asked not to be identified by name because they are current patients, have had similar experiences at the clinic.

When one attempted to schedule an appointment for a procedure that her doctor told her she needed in December, she was informed she had a $500 balance and couldn’t schedule her appointment until it was paid.

“I asked billing if they would work it out to where I could pay half then and half later, or $100 a month … but they were not willing to work with me,” she said.

Several years ago, another former patient at The Woman’s Clinic was deemed high-risk and put on bed rest early in her pregnancy. She started bleeding one day in January 2019 and called the clinic immediately.

Although she’d notified the clinic of a change in her insurance due to her husband’s new job, she said the first call back she got from the clinic was from billing.

“My OB’s nurse called me hours later, and I came in the next day,” she said.

About five years ago, another former patient found a lump in her breast one morning. She had a family history of breast cancer, including a grandmother who passed away from it.

She called the clinic in a panic.

“I called to make an appointment, and I don’t know who it was, but they said, ‘Hey, you owe a balance, and we can’t see you, and you can’t speak to a doctor or nurse until the balance is paid,’” she remembered. “Another doctor pretty much told me I’d been blackballed from the whole practice until I paid.”

She said she decided at that point to find another doctor.

The Woman’s Clinic is not alone in its practices, according to accounts from women at OB-GYN and other specialty clinics. When Rudder posted her story of what happened at The Woman’s Clinic on a local mom’s page, there were around 100 comments, some of which echoed Rudder’s experience.

A patient at Women’s Health Associates in Flowood told Mississippi Today during her doctor’s visits while pregnant with twins in 2016, she was often directed to the billing office before being able to go back to a room to see her doctor — despite being high-risk.

Shortly after giving birth, she was having extreme pain in her C-section incision and made an appointment to see her doctor.

“Immediately when I got there, they sent me back to that room again, and I was so mad because I was in so much pain,” she recalled. “I felt nobody was listening to me about the pain.”

The bill was less than $100 and was not yet due, she said, but she had to pay it to see her doctor. Her doctor eventually performed a procedure to help relieve the pressure in her incision, she said.

A representative from Women’s Health Associates said she couldn’t comment on the specific instance since she did not know the identity of the patient.

“If a patient has a balance and they need to come in for care … We speak to them about payment arrangements,” said a clinic administrator, who hung up before the reporter got her name. “But if somebody’s in pain, we’re going to take care of them first.”