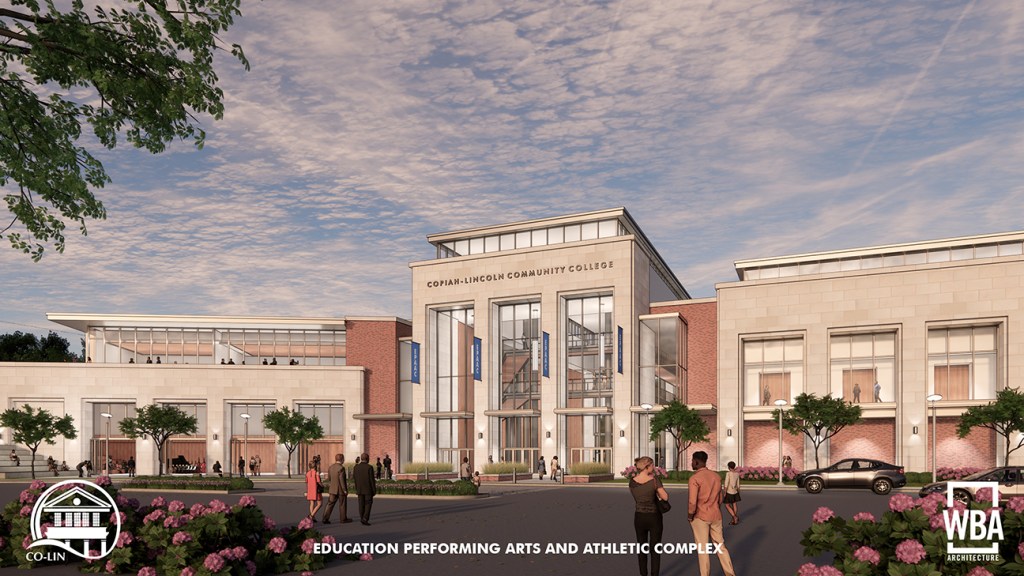 The Copiah-Lincoln Community College Board of Trustees has announced the unveiling of its plans for the construction of a state-of-the-art facility on its Wesson Campus that will house both a new performing arts center and a spacious athletic arena.

The project is a partnership between Co-Lin and the Mississippi School of the Arts and is currently in the pre-planning stage with hopes to begin construction in 2023.

The Educational, Performing Arts, and Athletic Center (EPAAC) will include a 1,500-seat performing arts theatre and a 2,000-seat athletic arena with shared ticketing, concessions, and restrooms along with a shared lobby area combining the two structures.

“The addition of the EPAAC facility will be monumental for Co-Lin,” said Co-Lin President Dr. Jane Hulon Sims. “There is no other facility of this kind in our region of the state. We want to see our students, our employees, and our citizens have the opportunity to utilize this type of unique and impressive facility. It is just as exciting to think about the economic development impact that the EPAAC facility will have on Southwest Mississippi.”

Co-Lin and the Mississippi School of the Arts have expanded their partnership to benefit the students of both institutions.

“The Mississippi School of the Arts is excited to expand our partnership with Co-Lin for the EPAAC project. We [MSA] are landlocked and do not have the capability to build a proscenium theater, which is an integral part of the performing arts,” said MSA Executive Director Dr. Suzanne Hirsch. “The performing arts center at Co-Lin will enable us to have larger productions and provide an educational opportunity to industry standards better preparing them for their artistic careers. Students will gain the ability to function in all aspects of the theater with the EPAAC included in our curriculum.”

The 2,000-seat athletic arena will allow the college to host area tournaments, graduation and commencement ceremonies for local high schools, and other community events. Co-Lin’s men’s and women’s basketball teams will re-locate from Mullen Gymnasium (built in 1957) to the EPAAC and have new locker rooms, laundry facilities, and coaches’ offices.

The EPAAC will increase educational and performance space for both Co-Lin and MSA. This facility will also create new economic development opportunities within Co-Lin’s seven-country district and the region of Southwest Mississippi as the EPAAC will be large enough to welcome performing groups and traveling theater productions.

“We also hope to partner with Co-Lin bringing guest artists and performances to our area, which is a largely underserved part of the state,” said Hirsch.

The college will use a braided funding strategy to pay for the EPAAC, combining funding from federal grants, local/state support, corporate sponsorships, and an aggressive fundraising campaign currently underway.

“A project of this size does not happen overnight,” said Hulon Sims. “We are sensitive to the fact that our community needs a place to host things like graduation ceremonies, award ceremonies, band clinics, dance recitals, and pageants. We look forward to the future in the EPAAC for both our students and employees and the citizens of our community.”