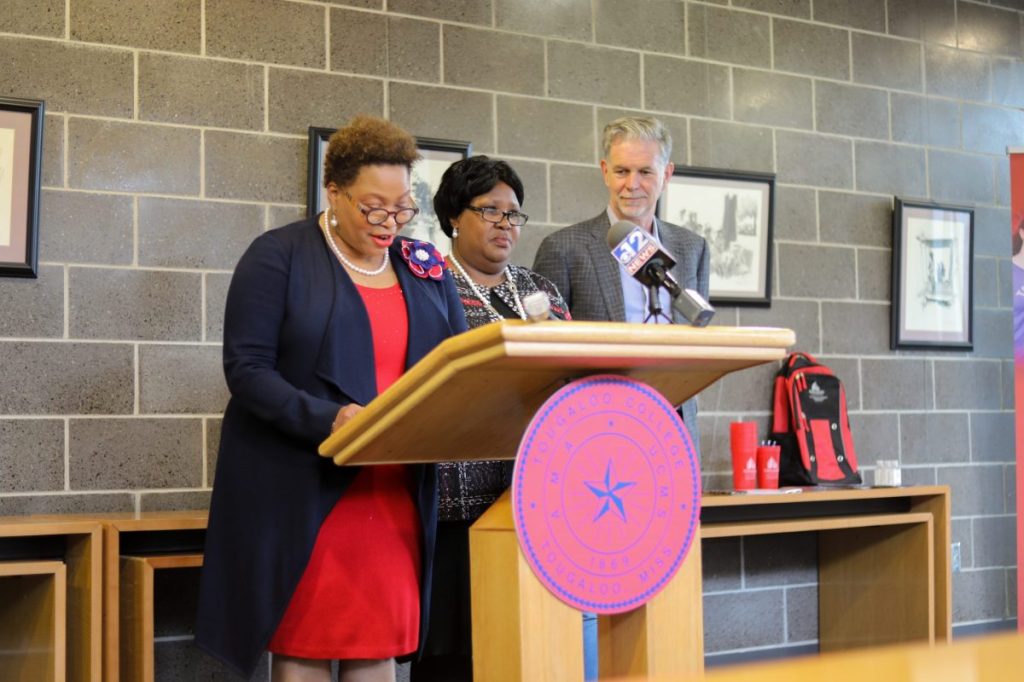 The donation will be shared equally with Brown University, Carmen Walters, Tougaloo’s president, said at a press conference on Monday.

Tougaloo will use its portion to bolster its $22 million endowment and set up a need-based scholarship for low-income students. The remaining $5 million will create a scholarship fund at Brown University in Rhode Island to support students who participate in the long-running academic partnership between the two colleges.

Hastings’ donation is the largest that Brown-Tougaloo Partnership has received in its 58-year history. The partnership began in 1964 after state lawmakers attempted to revoke Tougaloo’s charter during the civil rights movement.

The donation is “transformational” for Tougaloo, said Sandra Hodge, the vice president for institutional advancement, and will “significantly (bolster) the college’s ability to provide scholarship support to current students and also allow the college to recruit more talented students who might not otherwise be able to attend.”

Hastings said he was compelled to donate to Tougaloo because the college’s history and religious mission is similar to his alma mater, Bowdoin College. He wanted to support a historically Black college, he said, because he realized over the last 10 years “that the economic gaps in wealth, in assets, in endowments are pretty profound and totally unfair.”

Hastings said that his gift is a “small part of closing that gap.”

During the press conference, Walters talked about the important role that Tougaloo plays in Mississippi. The college is an “economic engine,” she said, that has historically educated about 40% of Black physicians and dentists in the state.