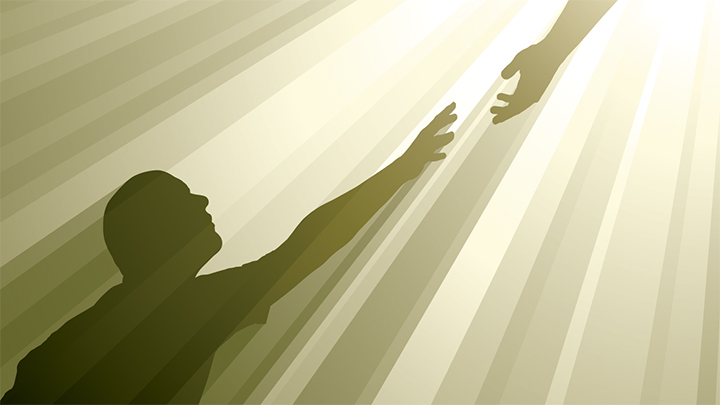 “Now Peter and John went up together to the temple at the hour of prayer, the ninth hour. And a certain man lame from his mother’s womb was carried, whom they laid daily at the gate of the temple which is called Beautiful, to ask alms from those who entered the temple; who, seeing Peter and John about to go into the temple, asked for alms. And fixing his eyes on him, with John, Peter said, ‘Look at us.’ So he gave them his attention, expecting to receive something from them. Then Peter said, ‘Silver and gold I do not have, but what I do have I give you: In the name of Jesus Christ of Nazareth, rise up and walk.’ And he took him by the right hand and lifted him up, and immediately his feet and ankle bones received strength. So he, leaping up, stood and walked and entered the temple with them — walking, leaping, and praising God.” — Acts 3:1-8 (NKJV)

There are many accounts in Scripture of the lame and blind being healed, so what makes this particular healing so powerful? Most of the other accounts of healing feature Jesus as the healer; this passage in Acts records Peter and John honoring the commandment that Jesus gave them in Matthew 10:7-8.

As they went about their daily lives, they encountered this crippled man; doing what Jesus had taught, they healed him as though that was their purpose because it was their purpose. Taking full advantage of this Divine appointment, Peter prayed that he would rise and walk.

Now if this passage ended with his healing it would still be a great miracle; it is what happened after the prayer that makes it so powerful, and illumines the point at which many fail. Peter did an incredible thing— he took the crippled man by the hand and lifted him to his feet! Talk about faith! What if the man was still lame? How foolish would Peter look, after all it was 9 o’clock in the morning, the temple area would have been very busy.

How many cripples (physical and spiritual) might be healed if we had faith to take them by the hand and declare, in Jesus’ name, rise and walk? Jesus said “and as you go preach…” There wasn’t a long prayer session or discussion about what to do; a simple act of faith and a cripple is made well.