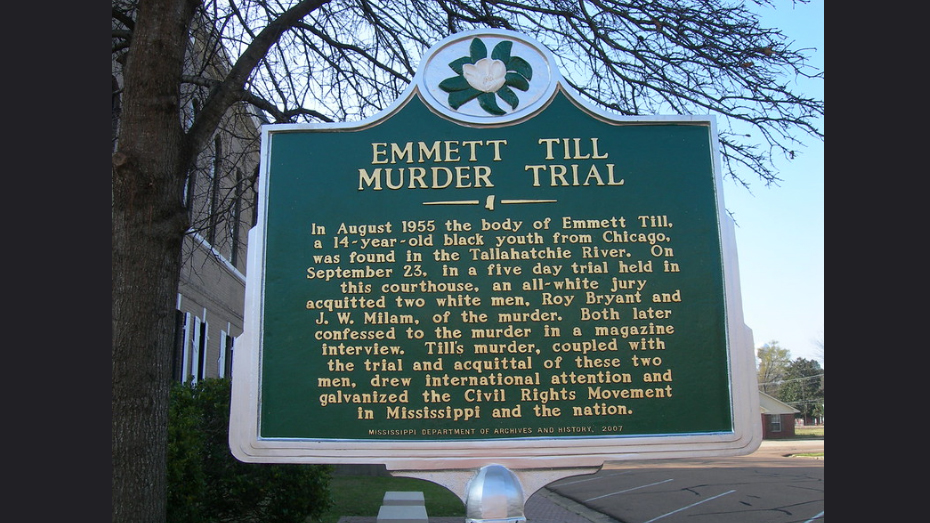 Creative Commons / The Emmitt Till Murder Trial historical marker outside the Tallahatchie County Courthouse in Mississippi.

(AP) — Congress gave final approval Monday to legislation that for the first time would make lynching a federal hate crime in the U.S., sending the bill to President Joe Biden to sign into law.
Years in the making, the Emmett Till Anti-Lynching Act is among some 200 bills that have been introduced over the past century that have tried to ban lynching in America.
It is named for the Black teenager whose brutal killing in Mississippi in 1955 — and his mother’s insistence on a open funeral casket to show the world what had been done to her child — became a pivotal moment in the Civil Rights era.
“After more than 200 failed attempts to outlaw lynching, Congress is finally succeeding in taking a long overdue action by passing the Emmett Till Anti-Lynching Act,” said Senate Majority Leader Chuck Schumer, D-N.Y.
The bill would make it possible to prosecute a crime as a lynching when a conspiracy to commit a hate crime results in death or serious bodily injury, according to the bill’s champion, Rep. Bobby Rush, D-Ill. The maximum sentence under the Anti-Lynching Act is 30 years.
The House overwhelming approved a similar measure in 2020, but it was blocked in the Senate.
Last week, the House overwhelmingly approved a revised version and the Senate passed the bill unanimously late Monday.
“Lynching is a longstanding and uniquely American weapon of racial terror that has for decades been used to maintain the white hierarchy,” said Rush.
The congressman said passage of the Emmett Till Anti-Lynching Act “sends a clear and emphatic message that our nation will no longer ignore this shameful chapter of our history and that the full force of the U.S. federal government will always be brought to bear against those who commit this heinous act.”