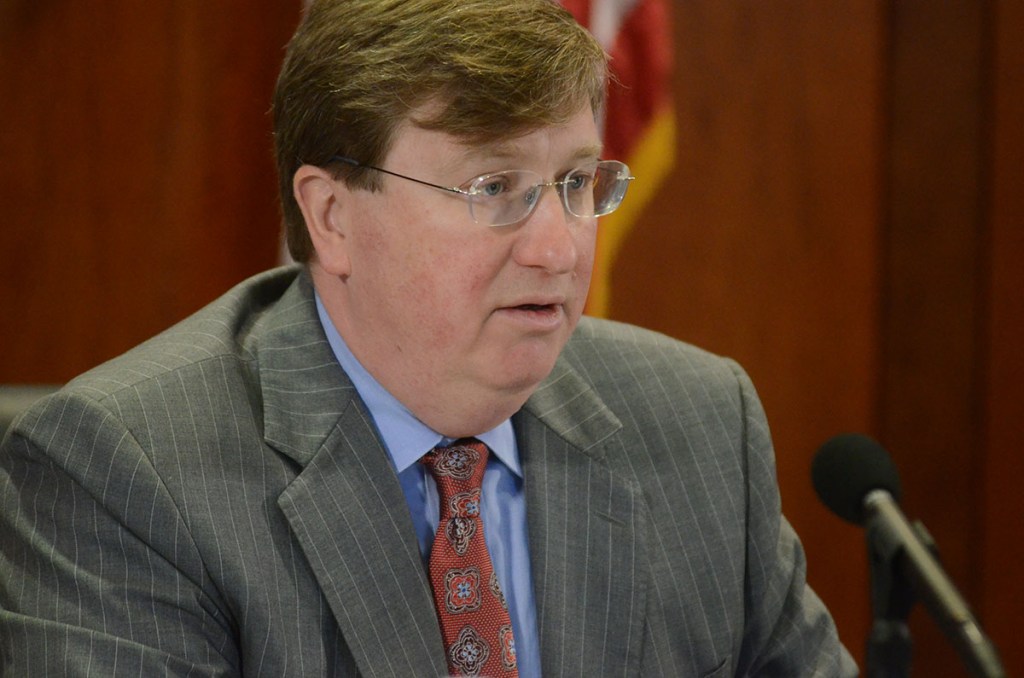 One of the biggest hurdles low-income single moms in Mississippi face when they apply for child care assistance is the requirement they sue their child’s father for child support first.

But on March 3, a group of governor-appointed early childhood administrators voted to recommend that Gov. Tate Reeves and his Department of Human Services remove this barrier from families.

Mississippi leaders often tout family-centered values, but working moms and advocates say the state’s child support requirement can cause animosity between parents as the state agency meddles in their financial arrangement.

“It’s like you’ve invited someone else into your home that creates a lot of extra conflict,” a single mother told Mississippi Today in its 2020 series on child support.

A single mom might have struck a deal with her child’s father that works for their family, but if she wants to access the federal child care voucher, she must turn her child support case over to the state to enforce. If the mom has ever received cash welfare, the state then seizes and withholds those child support dollars to pay itself back for the assistance it provided. (The vast majority of low-income custodial parents applying for public assistance are women, which is why this story refers to them as single mothers).

“They try to make the woman the policeman of their division by putting the father under child support. It’s not her job to do that. She did not create that rule,” said Theophilus King, owner of Christian Mission Learning Center in Jackson told Mississippi Today last year. “They’re trying to drive a greater wedge between the two people.”

On top of that, the welfare agency pays a contractor to operate this service, though privatization has proven in some cases to be less effective, according to a recent report by a legislative watchdog group.

Mississippi Department of Human Services has made strides recently to boost benefits to families in need and create a friendlier safety-net atmosphere in a state known for having some of the harshest public assistance policies in the nation. It convinced the Legislature to increase the monthly cash welfare amount by $90; it created a $100 “pass through” so that the state doesn’t intercept all child support money; and it sent out $1,000 supplements to welfare recipients in December.

But on the issue of the child support requirement, agency officials had remained mum. Until now.

Carol Burnett, founder of the Low-Income Child Care Initiative, has been advocating for the state to remove this rule for years with little reception from state leaders. She said she was surprised and thrilled when the State Early Childhood Advisory Council raised the topic and every member expressed support for doing away with the requirement, which only 13 states currently impose. At least nine states have removed this requirement since 2018, according to the National Conference of State Legislatures.

“Getting this barrier out of the way will help more single parent-headed families get child care, which means more single parents will be able to go to work. And going to work is something that we know he (Gov. Reeves) does care about,” Burnett said. “… It’s going to make it easier for a lot of parents that we’ve seen struggle.”

Mississippi has imposed the child support requirement in the child care program since 2004. The state enforces the same rule for food assistance, even though it is not required to by federal law.

Burnett and other advocates have criticized the department for failing to approve applications for the child care voucher in a timely manner. Some of the delay may be attributed to hiccups caused by the child support requirement. Every year, the program serves only a fraction of kids in low-income families.

MDHS received an additional $200 million for the program under the American Rescue Plan Act that it can use to serve more families, as long as they’re eligible.

Last year when Mississippi Today asked Chad Allgood, director of the Division of Early Childhood Care and Development at MDHS, if his agency would consider removing the requirement, he refused to engage on the topic, responding, “It’s agency policy. That’s the extent of what I can tell you.”

At the March 3 council meeting, which Allgood helped conduct, he said he and other child care administrators had been studying the child support rule and agreed it should be removed.

“We’ve had conversations with her (Holly Spivey, Gov. Reeves’ education policy adviser) about approaching the governor with this recommendation,” Allgood said. “We do feel that it would make a very powerful statement for SECAC to make this recommendation.”

The council voted unanimously. The governor’s office did not return several requests for comment about what he plans to do with the recent recommendation.

“I personally think that the Child Care Development Fund (child care voucher) offers some of the most potential for Mississippi of any government program,” said Andrea Sanders, Commissioner of the Mississippi Department of Child Protection Services, which oversees the state’s foster care program for children who have faced abuse and neglect. Sanders is also executive director of SECAC.

“I think that getting children in good, quality child care early, allowing their parents the ability to work without fear of where their children are, without having to leave them with a 13-year-old brother because they don’t have options. That’s how you start to stop the cycle of violence in households. So I’m certainly a big proponent of this move (to remove the child support requirement),” Sanders said.

The State Early Childhood Advisory Council, established in law during the reauthorization of Head Start in 2007, has a contentious history. Because it is housed under the governor’s office and is comprised of governor-appointees, the board is subject to political whims. The work of the council under former Gov. Phil Bryant, for example, has been wiped from the internet for the last two years and all but forgotten.

The council helps craft state plans for programs like the Child Care Development Fund, the federal block grant that funds the child care voucher program, which Mississippi calls the Child Care Payment Program. Under the previous administration, the council, chaired by a data scientist from Mississippi State University, created a new controversial child care center quality rating system and improvement plan that was never fully implemented. Through the plan, centers were supposed to partner the Mississippi Community College Board to train their workers.

Child care centers said the council members disregarded their suggestions for building a effective program. At that time, SECAC was working closely with the research canter data scientist Mimmo Parisi founded called NSPARC, which used to receive millions from state agencies under Bryant but has since fallen out of favor with political leadership.

Child care providers and advocates have long complained about a lack of communication with the council and state early childhood administrators.

Child care centers and advocates remain skeptical about the direction of early childhood programs in the state, but they hope the council’s recent vote could signal earnest efforts to craft policy suggestions based on the actual needs of low-income working parents.

“I would support it and hope that this would be a beginning to communication between childcare, parents and the governor’s office,” said Deloris Suel, owner of Prep Company Tutorial School in Jackson. “This is more than we’ve gotten out of any governor since this was enacted, so this is a very good first step.”

Cooking on a fire pit takes a financial hit this holiday