Don’t be surprised by Blackberry Winter 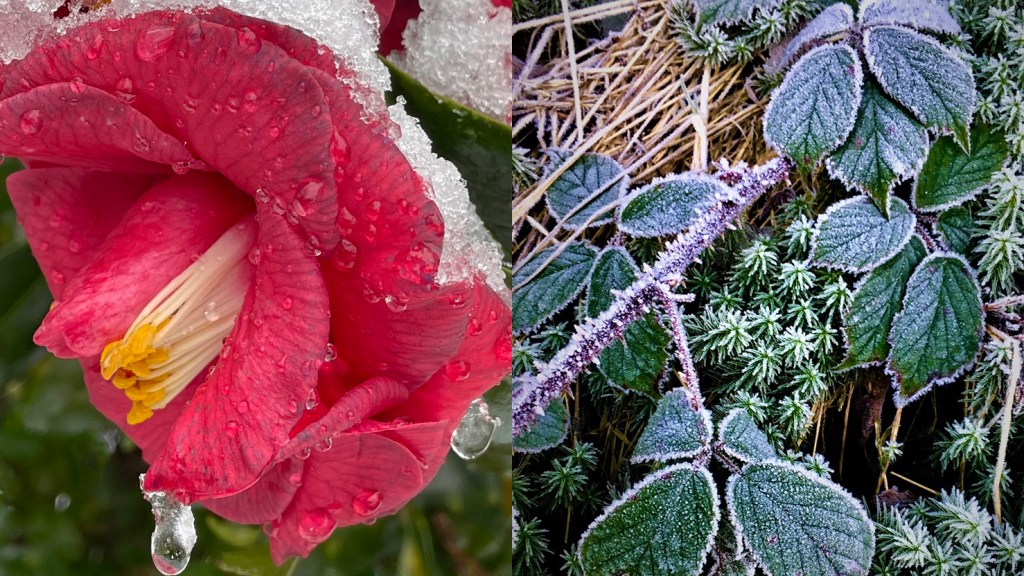 Ah, good ol’ Blackberry Winter, the late cold snap that drops right about when blackberries come into full bloom. Happens nearly every year, though gardeners act as if it never happened before!

Does no good for me to point out to folks eaten up with Spring Fever that though the warm Spring of Deception torments us into planting, the soil and rains are still cold, which stunts or even rots the roots and stems of warmth-loving summer flowers and veggies. Raised beds and containers to offer a little advantage of warming up earlier, but those cold late march rains are tough on seeds and tender transplants.

Besides, lots of tomatoes get planted less for the ripe fruits, more just because it offers hope, an opportunity for cooped up people to get a head start on a bountiful summer.

Back to Blackberry Winter. The expression has been around as long as gardeners have pined for warm weather, only to have it dashed. It is the seasonal opposite of a weather phenomenon that occurs mostly in North America in which, after the first real cold spell in Autumn, we experience another warm, dry spell that since the late 1600s has widely been known as “Indian Summer.” No one can definitively pinpoint where the term came from, but in a sign of respect for Native Americans the American Meteorological Society has been urging folks to call it Second Summer. Works for me.

But Blackberry Winter really gets folks going, largely because of a subconscious urge caused when our tiny, under-stimulated pineal glands plump up after a surge in warmth and flowers and start pumping out hormones to get us busy again. And we just can’t help ourselves; we start setting tomato plants in the ground, ferns on the porch, and seeds of beans, squashes and zinnias in the cold dirt, often losing them weeks later from root and stem rot caused by cold rains and cool soils.  And fertilizing the lawn way too early, risking root problems and aggravated weeds (wait ’til April. Really).

I usually don’t do squat to protect my garden, I have stakes around my blueberries in case I decide at the last minute to cover them, making sure the cover goes all the way to the ground to trap heat rising from the ground. I’ll uncover them as soon as the sun comes out lest the plants get steamed to death. And I’m ready to drag a few potted plants back indoors.

But I refuse to cover roses, figs, flowering quince, hellebores, other normally cold-hardy plants that have tolerated this weather for centuries. Your neighbors won’t either, but then they won’t begrudge your doing it.

For those of you who have not yet planted, don’t feel rushed. I’m seeing a more than adequate supply of plants at garden centers right now, and the wholesale growers I have visited have plenty more in the wings, enough to supply gardens for weeks to come. Get your plants if you must, but no need to get everything in the ground ’til April.

Instead, bundle up, take a walk or drive, savor all that’s here, and hope rains help our sinuses during the coming Pollening.

Felder Rushing is a Mississippi author, columnist, and host of the “Gestalt Gardener” on MPB Think Radio. Email gardening questions to rushingfelder@yahoo.com.