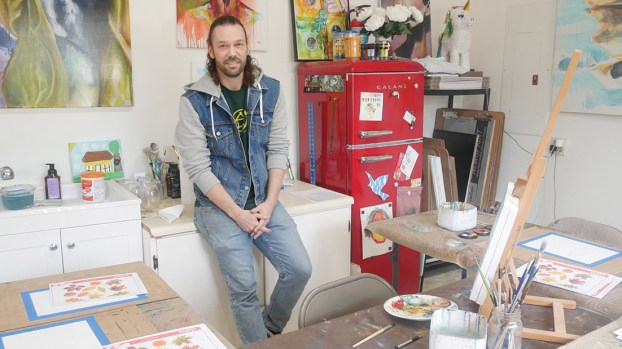 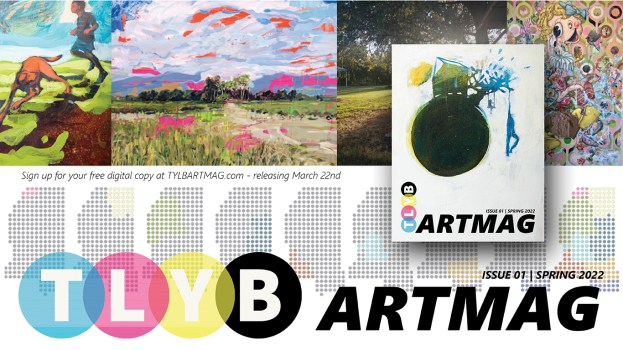 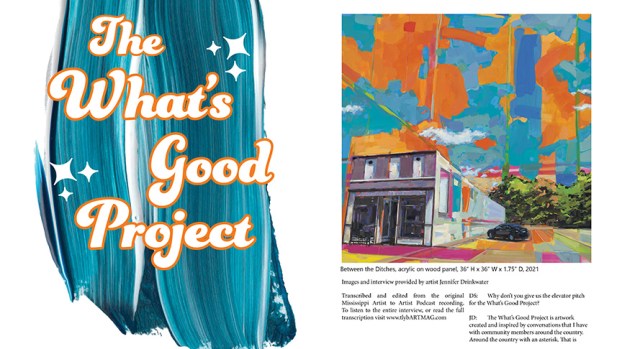 Named after Smith’s The Little Yellow Building studio on Highway 51 North, the magazine spotlights artists and their work and may be Mississippi’s only visual arts magazine.

“It felt like the next step to everything else that we’ve been doing,” Smith said of the marriage of his magazine and his creative group. “It started a few years ago by placing some calls for art and creating exhibition books and catalogs.”

Smith said when he began his Mississippi Artist to Artist podcast, he started networking to build a community. “The magazine is the next evolution to that,” he said.

Smith said last year he reevaluated TLYB’s mission “to define better what we have grown into. Everything we do is based on four pillars: education, exposure, opportunity and community. The hope is the magazine will be another platform to give the public a glimpse into what is going on all around the state.”

The first issue features three main articles and a profile interview. It also has a section highlighting by region where to find artists, open studios, galleries and organizations in the state.

“We included some interactive elements as well,” Smith added. “You can scan [a bar code with your phone] to visit the magazine online and then listen to the full interviews [that spawned] the articles.”

The main magazine is bi-yearly and comes out in spring and fall. However, Smith said there will be a bonus showcase publication later this year that will feature the work of TLYB members, students and the collective.

“This year, we also have a few exhibitions that will have books released with them,” Smith added.

Smith said he feels called, with a deep personal need, to continually document the artists in Mississippi, especially when they work together. “I think one of the prettiest parts of the magazine is called Southern Exposure,” he said. “It’s a free, self-submitted program that also features Mississippi artists on our socials each week.”

The digital edition of the magazine, which is free for viewing and download, will be available March 22. Sign up at tlybartmag.com to be one of the first to receive it.

Smith is taking pre-orders for purchase of the limited print edition for $25 plus tax. Those will be ready for pickup and shipping by March 24.

Smith said they always welcome new members; joining TLYB offers not just membership, but the ability to receive all the club’s digest publications and discounts on books.